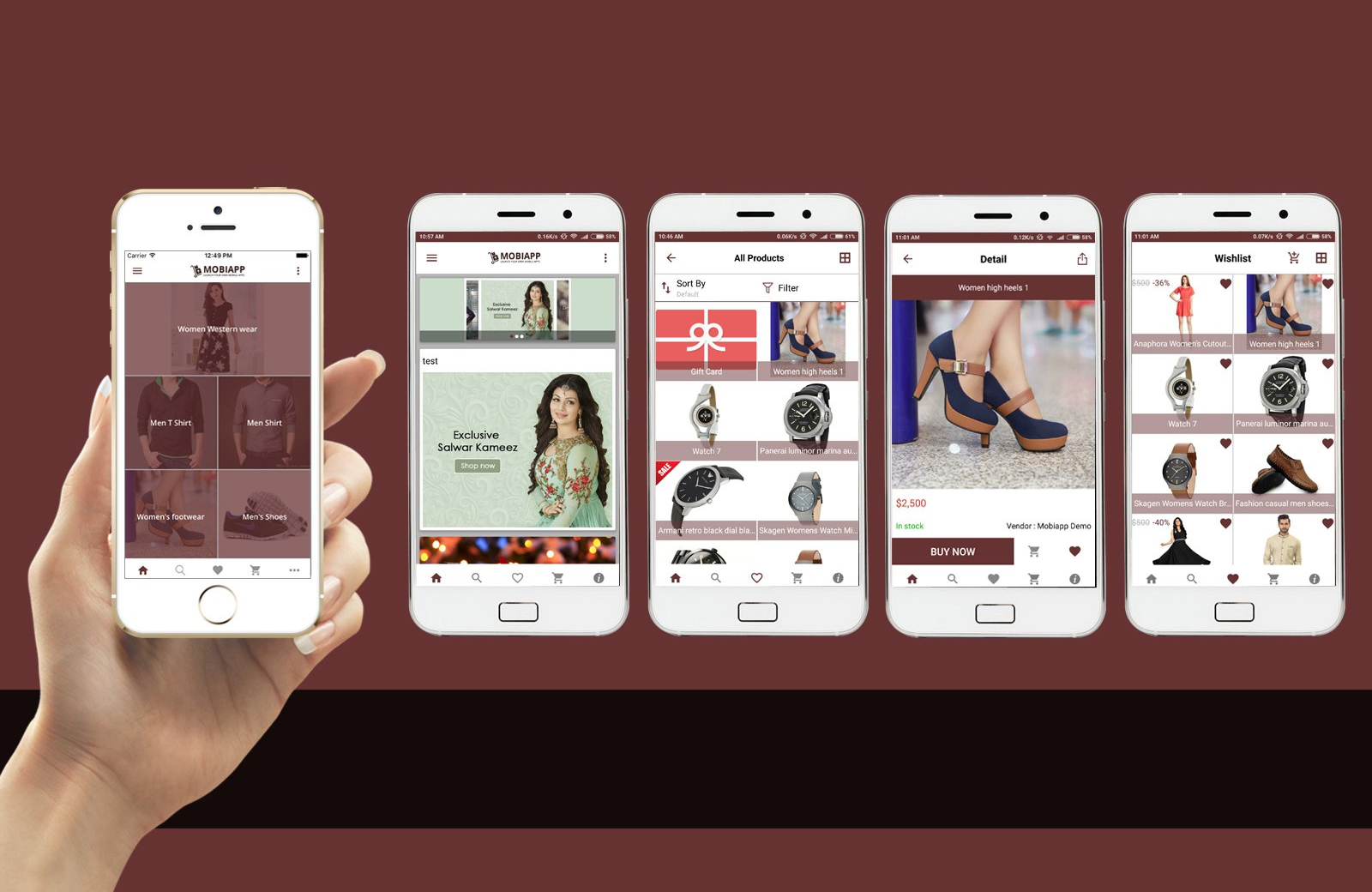 Best mobile app ideas in this age of information and smartphones can go a long way in creating new opportunities for businesses to capitalize on, and new products & services for customers to use. In a marketplace with more than half of the individual using a smartphone, mobile apps have gained quite a lot of prominence.

After all, if it wasn’t for these simple mobile app ideas and their implementations, then who’d have been taking selfies, sharing stuff on social media and interacting with the world through these portable devices in the first place! The most successful businesses today hire mobile apps developers to expand the audience and engage users in an app ecosystem. Something which makes customers set a brand as their “default” for availing a specific kind of service or product.

So if you’re an aspiring entrepreneur willing to plunge into the corporate world with a profitable mobile app, here is the list of some brilliant mobile app ideas to get your brain working!

Also, Read 5 Reasons Why You Should Believe in the Blockchain Hype 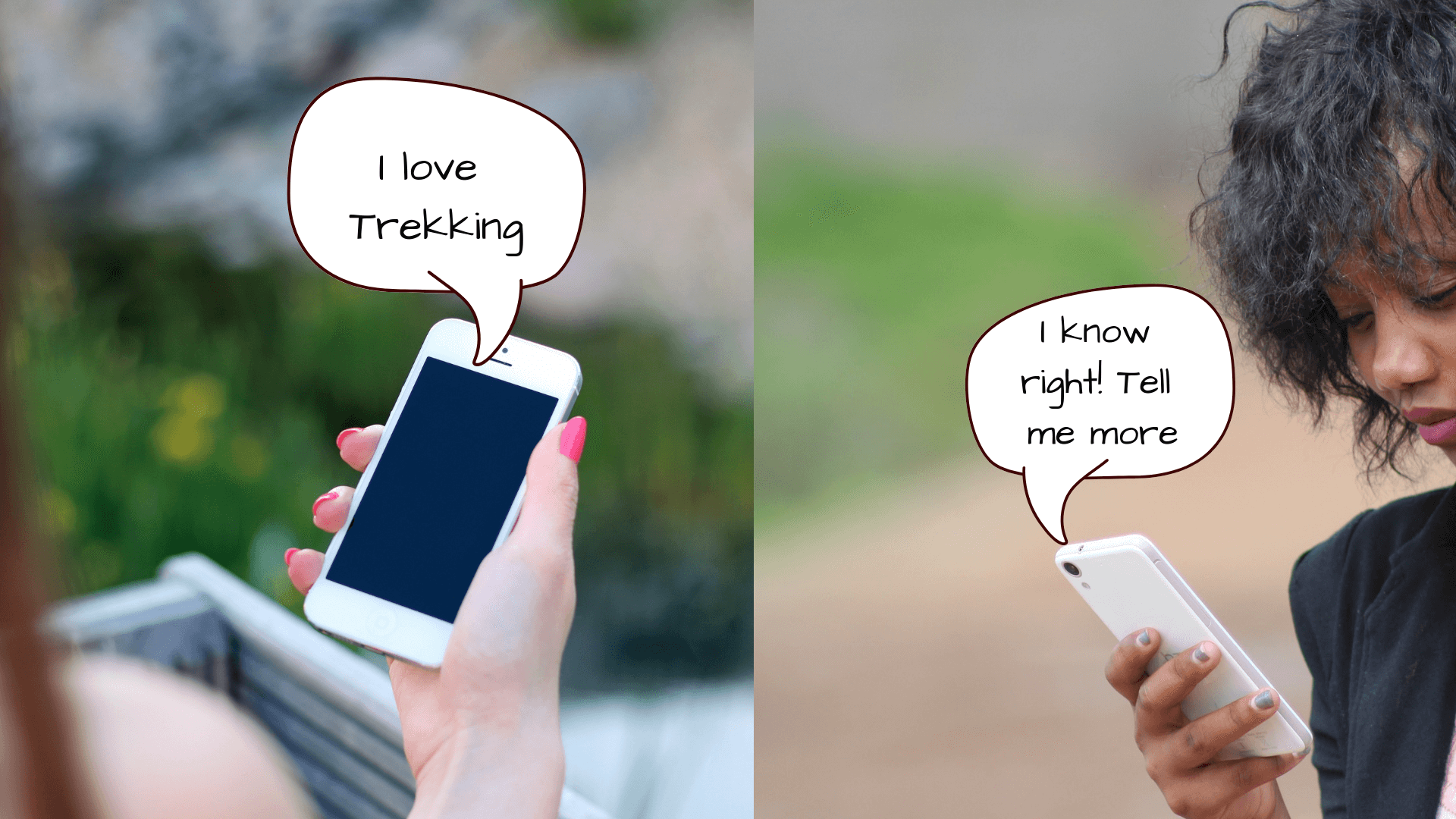 It may have happened at times that you stumbled upon a brilliant thought and idea and wanted to share it with someone. But the person beside you may absolutely have no idea what you’re talking about!

Now, what if you could have a conversation about the idea with someone who would understand you and help you build upon it. While a google search or a query on Quora can help you find like-minded people, these platforms are not that great for one-on-one communications.

How does this mobile app idea works?

Want to know how such a good mobile app idea would work? Well, for starters, this kind of app would allow users to add their idea or query by selecting from a list of specific keywords. Then they would be connected to someone else having the same selected keywords as a query. With identities of both parties unknown to each other, this could be an interesting way to get different perspectives on matters by communicating it with anonymous and unknown people.Best App Ideas 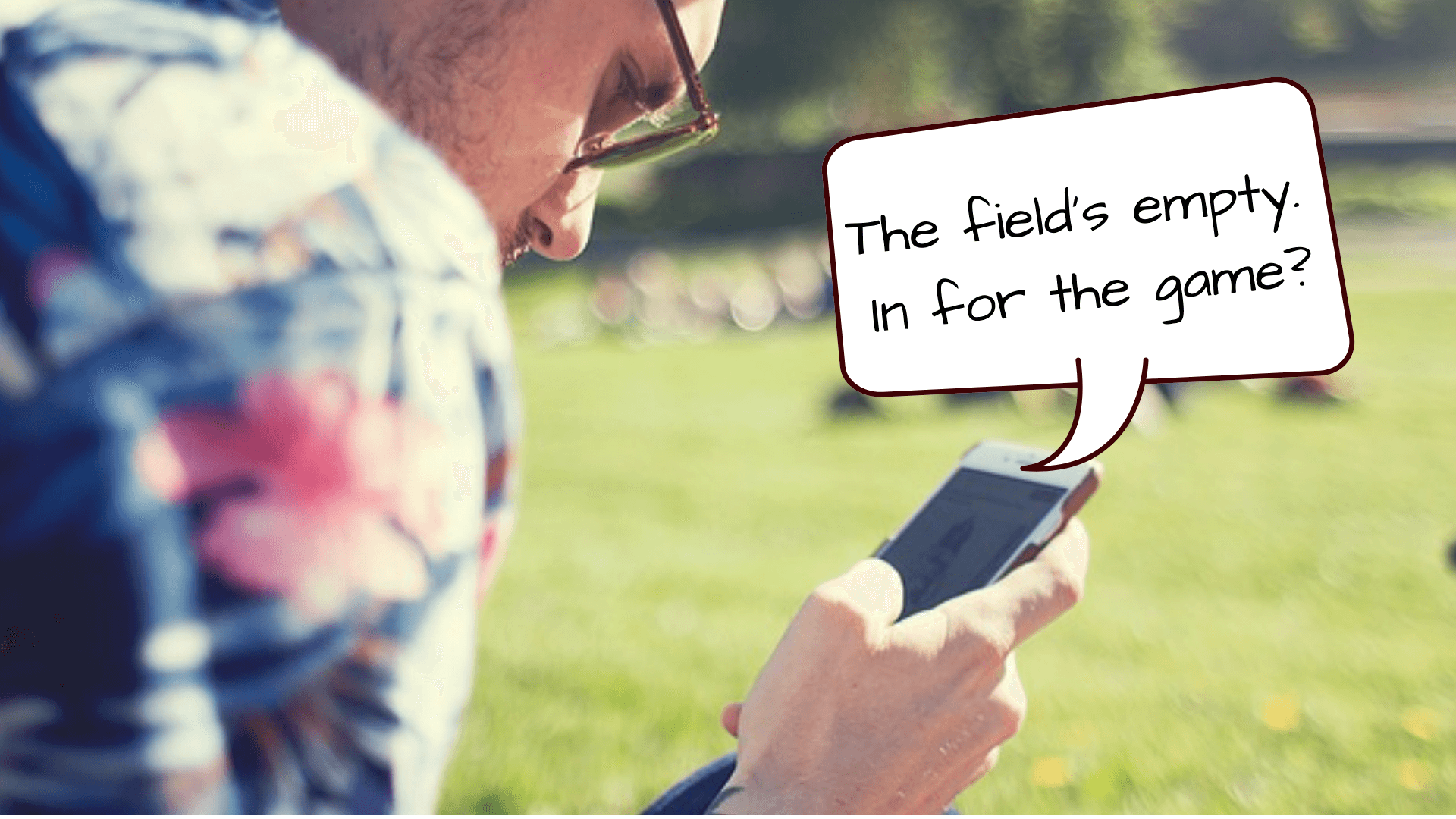 Imagine yourself walking around by yourself on an open field. Seeing an empty playground may well give you a temptation to play with your gang. But the problem is that none of us always has a set of sports equipment to be spawned instantly when having an urge to play. And then another problem is that you just can’t have people around ready for a game with you.

How does this mobile app idea works?

So think about an app which can help active people rent sports equipment and find people nearby willing to spend their time playing with you. Such an app can garner huge popularity across places like parks and empty playgrounds, where there isn’t any sports equipment available for rent nearby, and where one finds themselves willing to play with a group of people they’ve never met before.

Mobile app ideas such as these can also play a role in promoting fitness activities. Social media campaigns are a common means for marketers to promote brands and activities encouraging people to use a specific kind of product or service. An app such as these mixed with marketing campaigns would be an ideal combination for a successful and profitable mobile app!

3. Mobile App Idea: App that Tells You How You Should Spend Money Money is a crucial part of everyone’s life (Well, humans at least). Managing this asset though is always more complicated than it seems to be. So when you have no idea what to do with your spare cash or are clueless about your next investment; would you look forward to an app assisting your decision? What if an app could suggest you with the best ways to spend money as per your budget and plans?

Isn’t that the worst possible threat to personal data privacy?

Hold on, I know such ideas can have polarising views, especially at a time when concerns with data privacy cause the most heated debates across industries. But an app like this doesn’t necessarily need to access anybody’s bank credentials or any other data. Here’s a quick example of how such an app can work.

So apps like these can form a network of its users, through which one would be able to see how others have spent a specific amount of money. Say, you enter a specific budget of $10, and the app would not only tell you the best ways to spend it but would also tell how most of the other users of this app are spending their $10.

Taking it a step further, this app can also suggest ideal ways to invest based on your requirement (Suggestions for doubling the money, or one focused on other needs such as entertainment, productivity personal development, etc.) Such an app could be a life-saver for many who usually spend their savings on superfluous items or services.

Marriage is one of the best moments of anyone’s life. Thus it is imperative to make efforts to sustain the elegance and flow in the execution of every moment in such events. However, this whole process can often be tiresome for families of both the groom and the bride.

Smart mobile app ideas centered around the auspicious occasion of a wedding can be of great help in finding the best wedding planners and for purchasing and arranging all sorts of decorative items and all sorts of clothing and accessories for weddings.

If you happen to be a wedding planner reading this right now. This could well be the perfect chance for you to capitalize on the opportunity and hire mobile app developers for an exclusive app for your business. 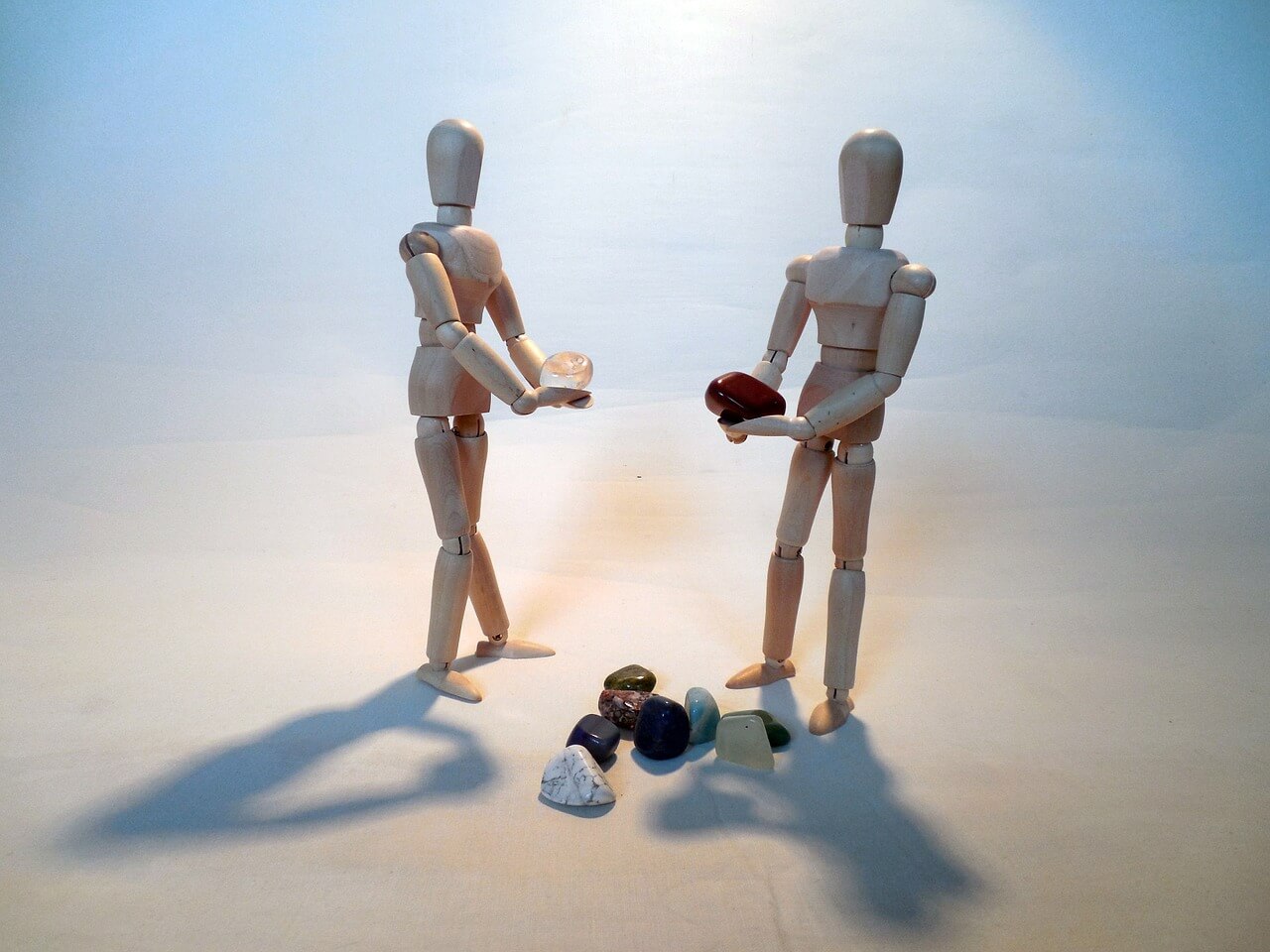 You’ll not be at fault if you don’t seem to understand what the term “barter system” means. While many of us might still be well-acquainted with the concept, here’s a simple definition of it for those unaware.

Before the invention of a concept such as money, the exchange of goods and services between people took place through a barter system. In such a system, if you need to buy something from someone, you’d have to offer them something they’d want from you. This is how barter worked globally in absence of solid systems of currency which we have today.

Today, in the 21st century, it would be totally idiotic to think about an application of such a system for transactions. The reason is that unlike money, an item can only be exchanged for barter to someone who actually needs what you have! Money does not have such a limitation since its a universally accepted value.

But what if you had something to give for which you sought no value, and expected something in return which could be put to good use?

But how can a barter system exist in a capitalist world?

Say, if, in an app platform, I need a book you’ve listed for sale, and you want a Backpack listed by me. We can exchange both these products with each other with no transfer of money involved in the process!

Now to answer the probable question about the scope of financial profitability of these mobile app ideas. A generous amount of money could be made out of sponsor advertising, though it won’t be enough in the initial phases. But for such platforms, it is the number of users which attracts marketers, which subsequently result in sponsorship and an increase in profitability.

The flow of users in such platforms would not have to be completely controlled if parameters are set for the uploading of items for sale, comparable to how other e-commerce websites such as eBay work. The implementation of mobile app ideas using a barter system would warrant a large audience of customers. After all, who doesn’t like to have something for free? 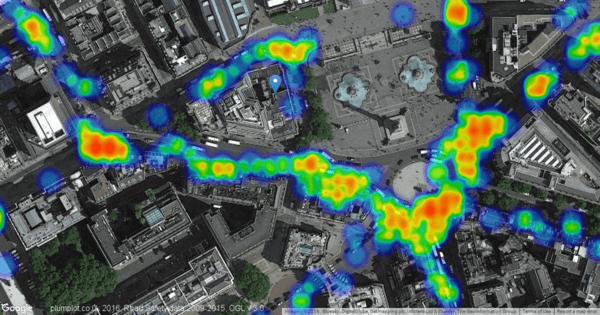 If you’re a frequent traveler who craves opportunities to visit new places, chances are that you’re probably aware of the problems faced by travelers. Petty crimes are common in improperly managed tourist places across the world. The risks increase even further for those willing to explore uncharted paths in such places. So as a traveler, a mobile app idea to make people aware of crime hotspots in tourist localities could literally prove to be a lifesaver!

Existing apps such as Google Maps are great for navigation-based services, but an app for user-based crime detection would be a boon for cautious travelers exploring unknown territories.

There are a lot of people who’d love debates with people having an opinion opposite to them. A mobile app for such people would match them with others having an exact opposite view of them towards any selected topic.

If you don’t believe in the probability of success for such a mobile app idea, just have a look at comment sections on content posted on platforms such as YouTube. An application allowing users to start a comment war by linking interesting content would interest a lot of those willing to express their opinions and engage in a debate with others.

The most colorful thing that should become part of mobile app ideas is that there should be a kind of app that will help us to imagine that how our room or home will look like when it will get fully furnished.

And the above image has already fulfilled by AR technology. With the help of this, you are now able to add a photo of your room and can start designing it with your own imagination, trying it using various designs.

You can try various designs by changing the colors of walla again and again till you find the perfect one. You can also add virtual furniture according to your planning. So this is the best app that you should try in 2019.

Have you ever imagined that how life becomes difficult when you get old and remain alone? There is no one to manage your things and to remind you that things should be done on time. So for that, there should be an app that will help in that manner.

The app will work in the way that it will take care of each and every necessity of yours. It will remind you that at what timing you have to take medicine. Apart from taking care of the medications, it will also take care of satisfying the task of managing a food diet.

So in a nutshell, this app will hopefully work as the cooperation of a human being and would try to fill the sense of alone.

If you want to become a good leaner and in case you are a lover of languages. This kind of app will help you definitely. But this app should be in such a way that it can access all languages and make it translate properly.

In this way, you would be able to rule over various languages. As language is indeed the biggest issue because it is only with the help of a particular language that we can communicate with each other.

So in order to communicate with the person of another language or in case, you want to acquire more knowledge of different languages, this app is surely going to help you.

Having a great mobile app idea is just a baby step in the process of creation of an app platform. What carries the idea ahead is its execution, and most importantly, having the right people at the right time to meet your necessities.

If any of these mobile app ideas captured your interest and you’re ready to work upon it, you can contact us today and get up to 60% off on development costs.