Living in the techie world has put smartphones in the hands of almost every single individual, but does it fulfill their greed? Owning a cellphone with a 4G or 5G network is not the entire thing now. These days, users need more exciting and fascinating apps like Augmented Reality apps to experience it on their phones.

From clever AR games to social media toys and utilities, Augmented Reality users will always demand more and more. CEO of Apple, Tim Cook, says that a significant population in developed countries and eventually all countries will have AR experiences AR every day. Just like eating three meals a day is essential, in the same way, AR will become that much important for all of us.

Companies are looking to integrate AR into their apps and implement them in many industries such as healthcare, automotive, entertainment, and more. On the other hand, 40 percent of the consumers are ready to pay more for the products that they could customize in AR.

With this blog, you will get to know some of the best AR apps to experience AR on your Android or iPhone. 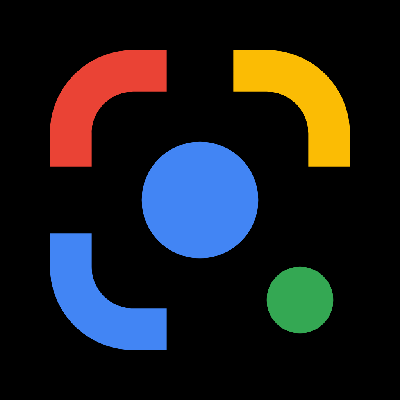 Google Lens is an AR-based image recognition technology developed by Google. It is on the top of the list of augmented reality apps. It uses the cloud computing technique (visual analysis based on a neural network) to identify text, images, objects, and landmarks.

This result will suggest to you the site from where you can purchase the product if available online. Just point your smartphone at that particular item and see the magic. Here, you will be using AR for googling the object.

The application is available for download on Android, whereas iOS users can run Google lens using Google photos. 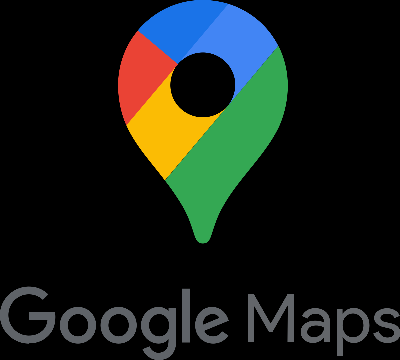 None of us can imagine our life without Google Maps. Google rolled out Google Maps as a simple map function, but with time, it integrated the AR tools into it, making it the most reliable navigational tool.

On the map, you can see directional arrows and virtual signs to find the way. The Android phones already come pre-installed with them, while iPhone users can install the iOS12 and update the google maps to start navigating from their phone. 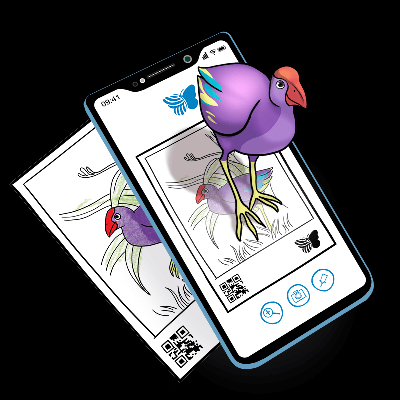 Kids can also have fun and frolic with the app called QuiverVision infused with AR technology. The app brings a child’s color pages into life and makes it real.

You can download free premium picture packs from quivervision.com filled with various cartoon characters and animals or educational scenes and pictures that you can then print and color with your child. Once done, you can launch the Quiver app, point to the colored page. By doing this, you will see an image coming to life, making it more lively with special effects and animations. 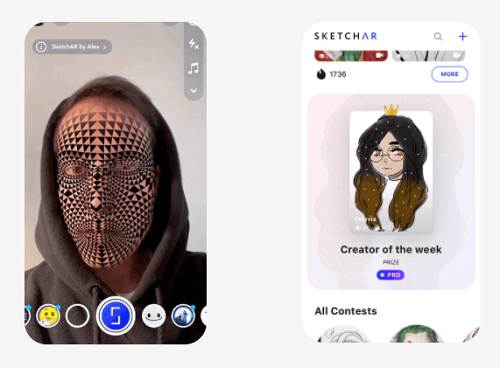 It turns the smartphone screen into an AR drawing aid and overlays a sketch or line art image onto a blank sheet so that you can trace or use it as a basis of your sketch.

Users can opt from a library of sketches included in the application or transform their photos into line drawings traceable. The app is designed in such a way that it can work on A4 size paper or any paper with four reference circle markers drawn to provide scale markers to the application.

SketchAR won’t be a substitute for a proper drawing class by any means, but it is cute toy software to play with and one of the top augmented reality apps we’ve seen lately.

The Mondly language learning app adds an augmented reality assisted twist with a module for ARKit and AR Core compatible phones. This app’s AR features engage language learners with an animated chatbot and word and object visualizations to help make learning more dynamic and provide instant feedback on pronunciation and any mistakes.

These AR features are in addition to Mondly’s lessons, games, and practice conversations have been designed to cover 30+different languages.

Also read: How to Create an iOS App? A Step by Step Guide 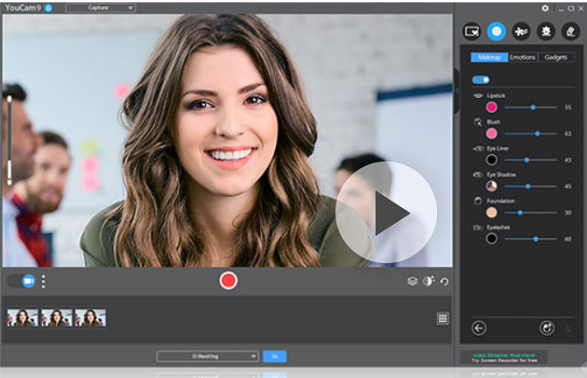 YouCam Makeup is an AR-assisted photo-editing application that works as a makeup and fashion assistant. It allows you to preview various beauty products such as eye makeup, lipstick, and blush from brands like L’Oreal, Maybelline, and Urban Decay, generated in real-time with augmented reality.

It does not only makes you instantly beautiful with its selfie camera editing features but also features an animated social element that allows you to share styles, follow other users, and shop and review featured products. 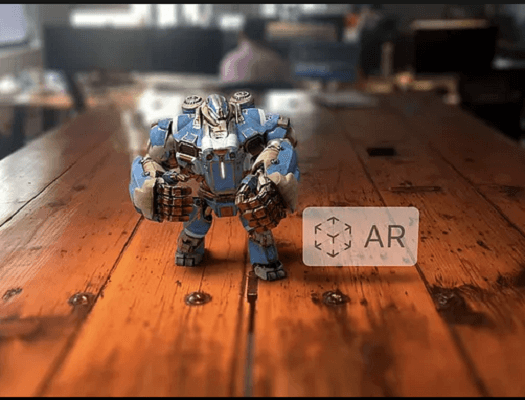 The Directive Games Limited is an AR and mixed reality technology and entertainment company that uses AR tools for Android or iOS applications. It turns your phone or tablet into a battlefield.

Here, the players take command of a force of machines to defeat their enemy, with their phone screen as a viewer where they must physically move to position their forces and target superweapons. Players can train and learn in practice mode, and once they’re ready, they can battle it out in online multiplayer or local multiplayer with friends. You can hire Android app developers in India who have the knowledge of AR to develop such kinds of apps. 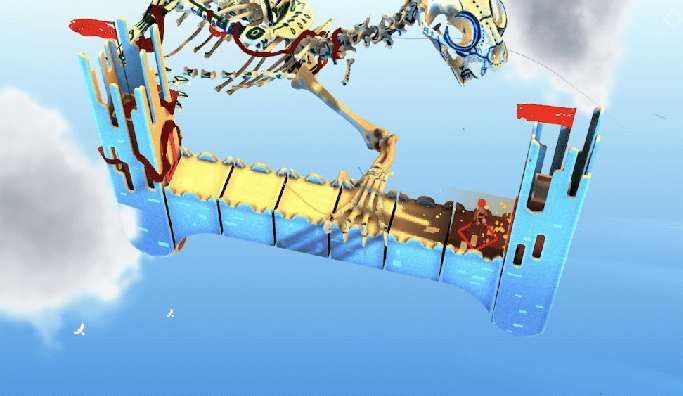 It is a mind-altering puzzle adventure with AR mode that has been built on the success of Euclidean lands. Here, you must guide an adventurer through riddles and dangerous enemies through a combination of clever moves and rotating the same level.

Like its predecessor, Euclidean Skies features an augmented reality mode that allows you to get a new perspective on the action, projecting the level and its characters directly into your living room. 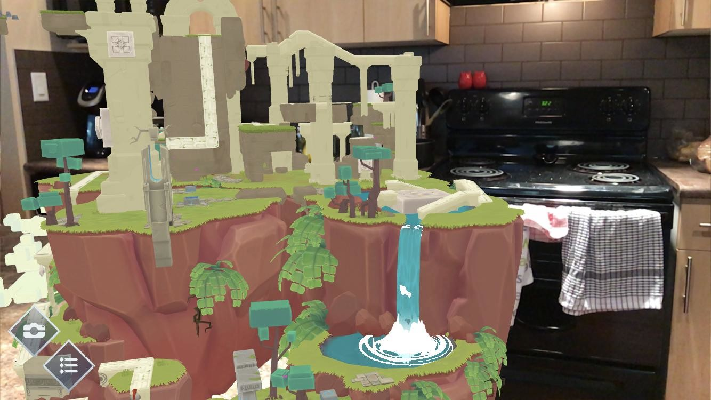 ARise is one of the coolest cool augmented reality apps because it is an excellent showcase of the potential of augmented reality as a game medium. In ARise, the game’s ambient platform’s puzzles are presented in the AR space that you can then explore and interact with.

Unlike traditional AR experiences, ARKit’s markerless capabilities allow you to turn almost any space into a play area, whether it’s at home, the bus stop, or the office break room. 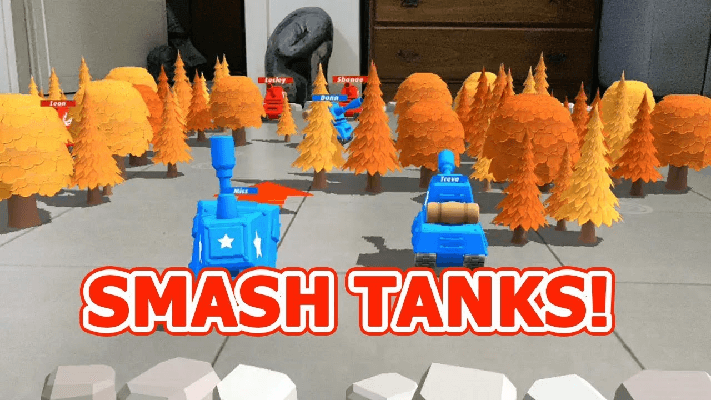 Smash Tanks turns your tablet into a battlefield, with players commanding cartoon tanks in an AR battle space that sees you launching your troops across the battlefield to destroy the enemy.

Simple physics-based gameplay and single-player and hot seat (or local) multiplayer give you plenty of ways to play. Unlike more complex AR experiences, Smash Tanks plays just as well on the carpet or living room floor as it does outside. 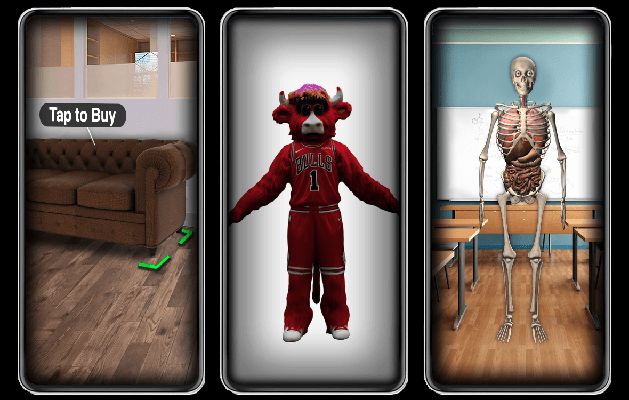 Thyng is a set of tools for creating your own augmented reality experiences, with tools to enable various AR effects, such as placing animated figures and 3D models on surfaces and targets, suspending videos and photos in midair, and more. You can then take snapshots of your creations or record 30-second videos.

The application is available on Android and iOS, with ARCore and ARKit technology, respectively. More such kinds of apps can be developed by top iOS app development companies. 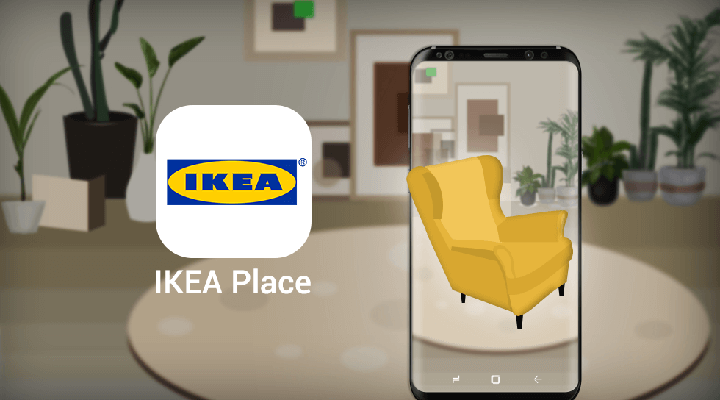 Furniture giant IKEA has experimented with AR in its catalog apps in the past. Still, the IKEA Place app is a notable improvement, leveraging AR development tools to help users easily visualize what a variety of items would look like. IKEA furniture designs in your home.

Users scan their floor plan with their phone, and then they can select furniture designs and drag and drop them into place using their smartphone as a viewer.

AR is one of the most popular platforms that allow users to interact with realistic-looking settings and characters. While AR will continue to pump in with a lot of new and captivating apps in our lives, companies from almost every industry vertical are trying their hands to try out the Augmented Reality apps.

In case, you are also planning to implement AR in your applications, get in touch with the best AR app development companies.

1 thought on “12 Best Augmented Reality(AR) Apps for Android and iOS Augmented Reality Apps have turned the world upside down and we are caught in their web. Let's check out the best ones and see if we have them installed.”