Flutter vs. React Native: Which One You Should Choose for Your App in 2022?

If you’re planning to develop a mobile app, you’ve probably heard of Flutter and React Native. These are two of the most popular frameworks for mobile app development. But which one is best for your app? In this article, we’ll compare Flutter vs. React Native so you can decide which one is right for your project. 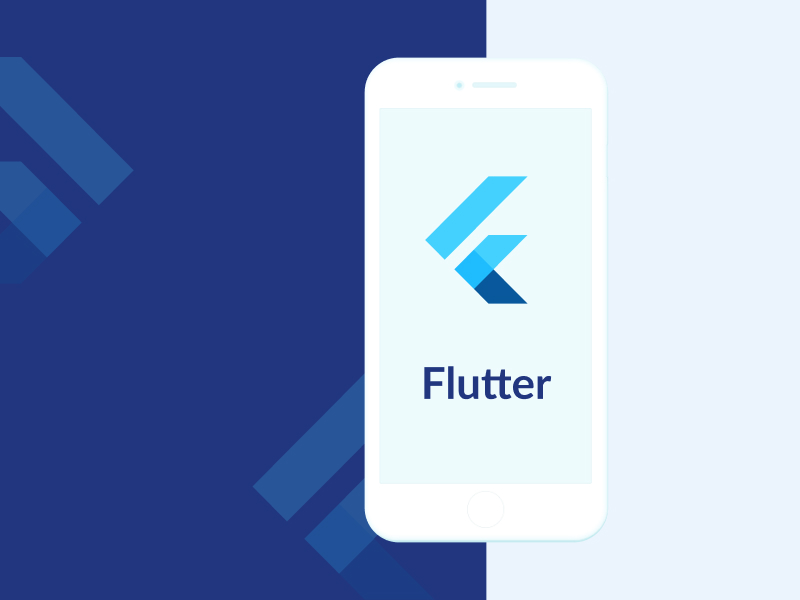 Flutter is a new open-source, cross-platform mobile development framework created by Google. It allows developers to create native-looking Android and iOS applications from the same codebase. Flutter uses the Dart programming language developed by Google, which can be compiled into native code for both platforms.

What is React Native? 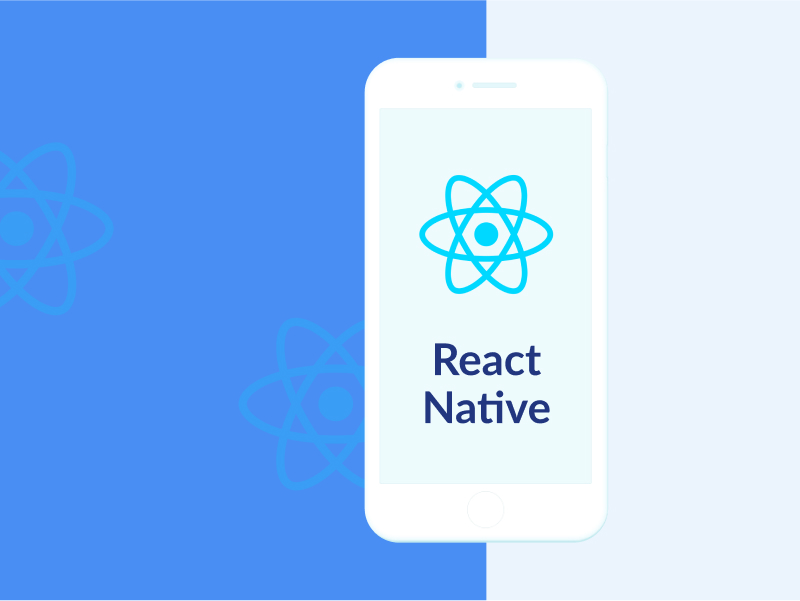 React Native is a framework for building native mobile apps using JavaScript. Facebook created it and is now used by several companies, including Instagram, Airbnb, and Skype.

Flutter vs. React Native- A Detailed Comparison of Different Factors 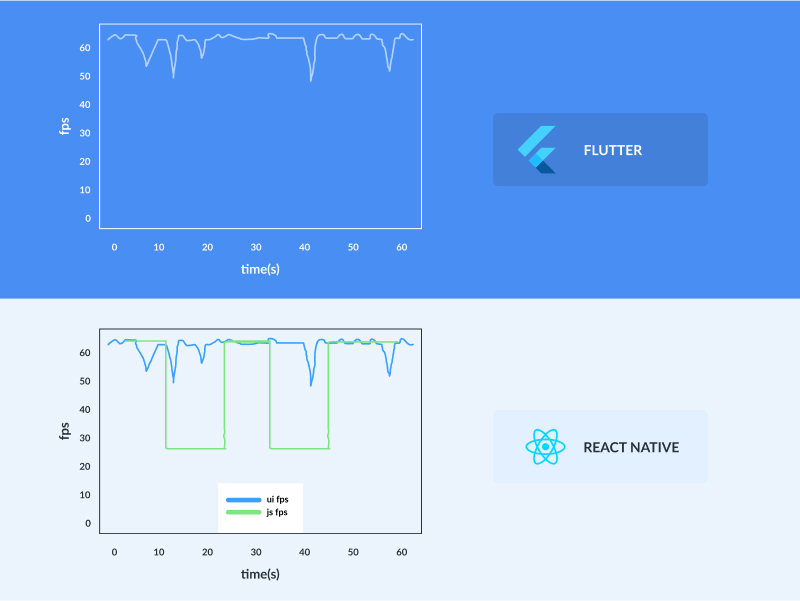 How Does Flutter Stand Out in Terms of Performance?

Flutter uses the Dart programming language, which is compiled into native code. This results in Flutter being very fast. Everything is a widget in Flutter, including the layout, so Flutter layouts are very flexible and adaptable.

How Does React Native Stand Out in Terms of Performance?

React Native uses a lot of native code under the hood, which Flutter doesn’t. This gives React Native an edge when it comes to performance. Also, because JavaScript is a prevalent language, many tools and libraries are available for optimizing React Native apps.

How Simpler is It to Test a Flutter App?

It is possible to test Flutter apps on both physical devices and emulators. Flutter also has a rich set of testing features, making it easy to test apps at different levels- unit, widget, and integration tests.

How Simpler is It to Test a React Native App?

Flutter has a very hot-reload feature that helps rapidly reload the code changes without having to restart the app. This makes it easy to experiment with different UI designs and code changes. Flutter also has a rich set of widgets that can be used to build complex UIs.

React Native also has a hot-reload feature that helps rapidly reload the code changes. However, React Native doesn’t have as many widgets as Flutter does, making it slightly difficult to build complex UIs. 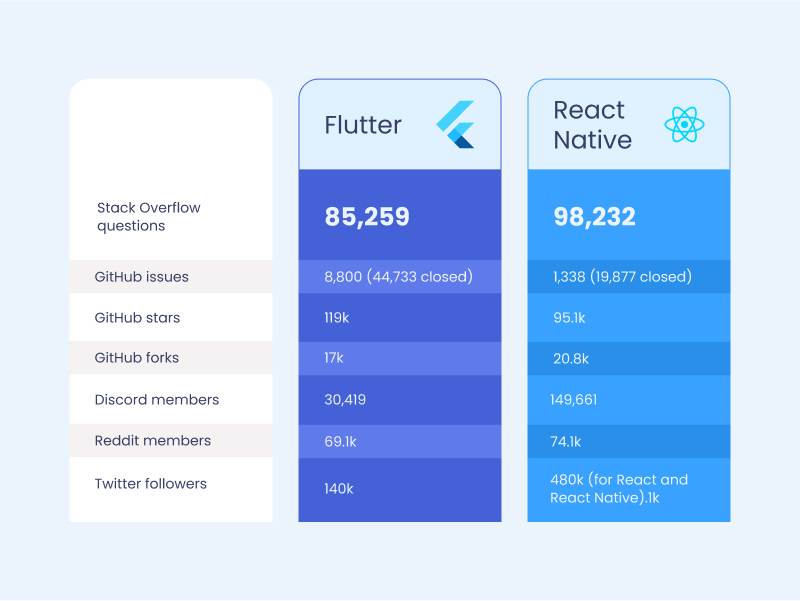 How Does Flutter Fare in Terms of Community Support?

Flutter has robust community support. There are many Flutter conferences and meetups happening all over the world. Many Flutter packages are available that make it easy to add features to Flutter apps.

How Does React Native Fare in Terms of Community Support?

How Does Flutter Help in Code Maintainability?

Flutter has a rich set of coding conventions, making the code easy to read and maintain. Flutter also has a strong focus on code quality, making it easy to refactor Flutter code.

How Does React Native Help in Code Maintainability?

Flutter has a very rich set of widgets to build complex UIs. Flutter also has a lot of animation and gesture support, making it easy to create beautiful and smooth user experiences.

React Native has a rich set of components to build complex UIs. However, Flutter’s widgets are slightly better than React Native’s, making it easier to create beautiful user experiences with Flutter.

Flutter apps are tiny in size. This is because Flutter uses Dart’s Ahead of Time (AOT) compiler, which compiles the Dart code into native machine code.

React Native apps are also small in size. This is because React Native uses JavaScript’s Just In Time (JIT) compiler, which compiles the JavaScript code into native machine code.

Flutter vs. React Native- In a Nutshell 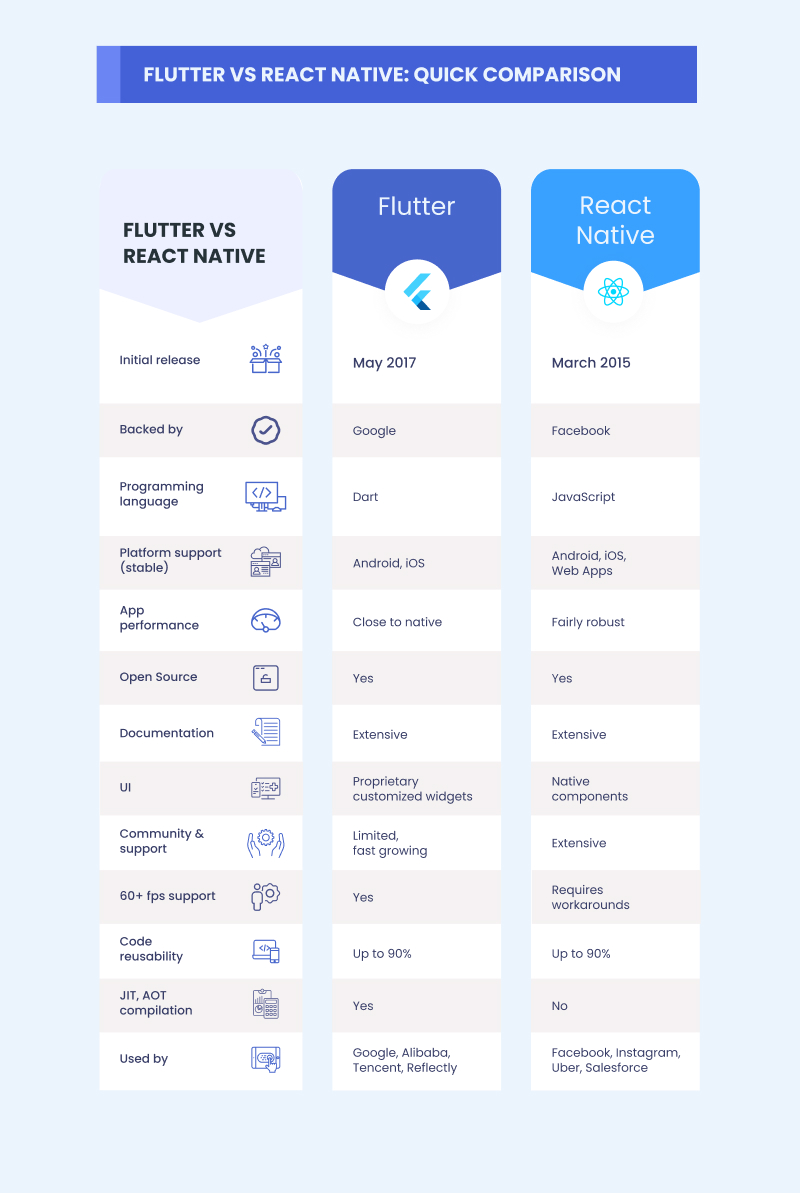 Flutter app development services in India are quite high in demand, and this is all due to some of its amazing features, as mentioned-

We know that Flutter is an open-source mobile SDK that can create high-quality native interfaces for iOS and Android. Since it is open-source, developers worldwide have access to its source code which they can use to improve the Flutter platform.

Flutter is fast. The Flutter framework makes it easy for developers to create high-performance apps that run smoothly on all devices. With Flutter, you can create an app that looks and feels native to both platforms.

It comes with powerful tools designed to help developers create high-quality apps quickly and efficiently. For example, Flutter’s “hot reload” feature allows developers to change their code and see the results instantly without restarting the app or recompiling the code.

Flutter apps can be compiled for both iOS and Android from a single codebase. This means that developers don’t have to maintain two separate codebases, which can save a lot of time and effort.

Flutter’s widget system allows developers to easily create custom user interfaces that can be tailored to the specific needs of their app.

Flutter’s architecture makes it easy to scale apps up or down, depending on the project’s specific needs. Also, scalability makes it ideal for developing anything from basic mobile apps to more complex and demanding projects.

Flutter has strong support from both Google and the community of open-source developers. Several resources are available to help developers get started with Flutter, including documentation, tutorials, and sample code.

Flutter is gaining popularity among developers, with more than 1.5 million developers using Flutter in the past year. This is likely due to its many benefits, including its fast build times, portability, and strong support from Google.

Flutter’s stable release is available for production use. This means that developers can create apps with Flutter with confidence that they will work as intended on both iOS and Android.

Flutter is designed to be transparent to developers so that they can see what’s happening under the hood. This makes it easier to debug problems and understand the app’s behavior.

Also Read: React Native vs Xamarin: Which One to Choose for Mobile App Development?

Flutter For Desktop and Web

What are Popular Mobile Apps Developed with Flutter?

This cross-platform React Native allows you to write code that can be used to build apps for both iOS and Android from a single codebase. This can save developers a lot of time and effort, as they don’t have to maintain two separate codebases.

React Native is component-based, so developers can reuse code to create different parts of the user interface. This can save time and effort when creating an app.

React Native is based on JavaScript, which is a popular programming language. This makes it easy for developers to learn and use React Native.

React Native is backed by Facebook, which gives it a lot of credibilities. Facebook is a large and well-established company, so developers can be confident that React Native will continue to be supported in the future.

React Native Has a Large Community:

React Native has a large and active community of developers who are constantly contributing to the development of the framework. This makes it easy for developers to get help and guidance when using React Native.

React Native is designed to be efficient, which means that it uses less memory and CPU resources than other frameworks. This makes it ideal for use on mobile devices, where resources are limited.

React Native apps are typically faster than other frameworks because they don’t have to communicate with the native code. This can make them more responsive and smoother running.

React Native is Easy to Use:

React Native for Desktop and Web

What are Popular Mobile Apps Developed with React Native?

Pros and Cons of Flutter and React Native 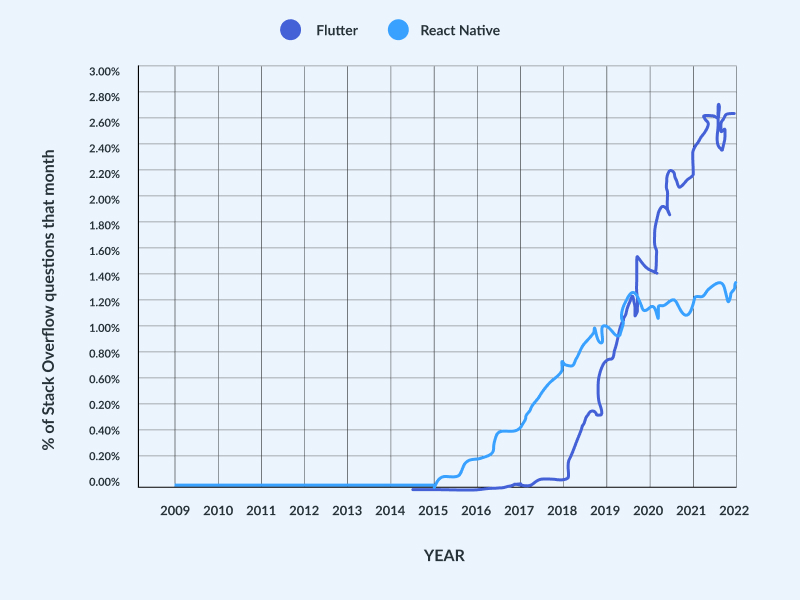 Here Are Some Pros and Cons of Flutter:

Here Are Some Pros and Cons of React Native:

When to Choose Flutter?

If you’re looking to create a cross-platform application that runs on both iOS and Android, Flutter is an excellent choice. Not only is it free and open-source, but it also has a wide range of features that make it an ideal option for mobile app development.

When to Choose React Native?

If you have a team that’s comfortable with React or already using React for app development, React Native is a natural choice. The learning curve for React Native is shallower than that of Flutter because it uses JavaScript—a language many developers already know. In addition, the final product will be more like a “real” native app since React Native uses real native components.

Which One Has the Brighter Future- Flutter or React Native? 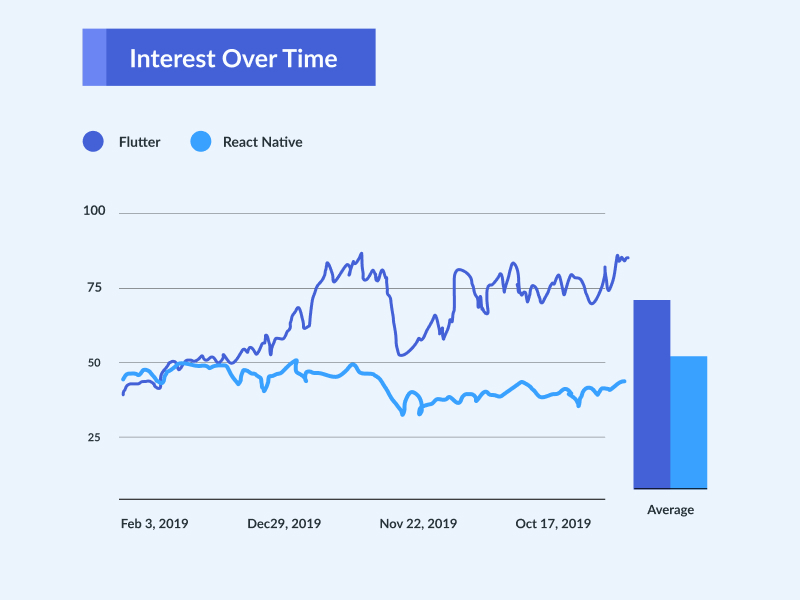 There are many reasons why Flutter will have a brighter future than React Native.

Read Also: Flutter Vs Xamarin: Which is Better?

So, what’s the verdict? Flutter and React Native are both excellent choices for mobile app development. They both have their pros and cons, but ultimately it depends on your specific needs as a business owner. If you need a fast, reliable, and cross-platform app, Flutter is a great choice.

If you need an app more compatible with existing platforms and tools, React Native might be the better option. Whichever route you choose, make sure to do your research and pick the best choice for your business.

Also, you can hire react native app developers or flutter app developers for better results. If you still have doubts, mention them in the comment section below.

Is Futter a Good Choice for My Android App Project?

Flutter is a good choice for Android app development because it allows you to develop your app in a single codebase and quickly deploy it to iOS and Android devices. Additionally, Flutter provides a fast and responsive UI that helps you create an engaging user experience.

Which Framework is Better for Cross-Platform App Development- Flutter or React Native?

What are the Benefits of Flutter?

What are the Benefits of React Native?