Python For CyberSecurity: Why Is It Better In 2022?

Do you know that a hacker attack occurs every 39 seconds? Yes, you read that right. On average, globally, 54% of companies have recently experienced web-based attacks in 2021, says Statista. 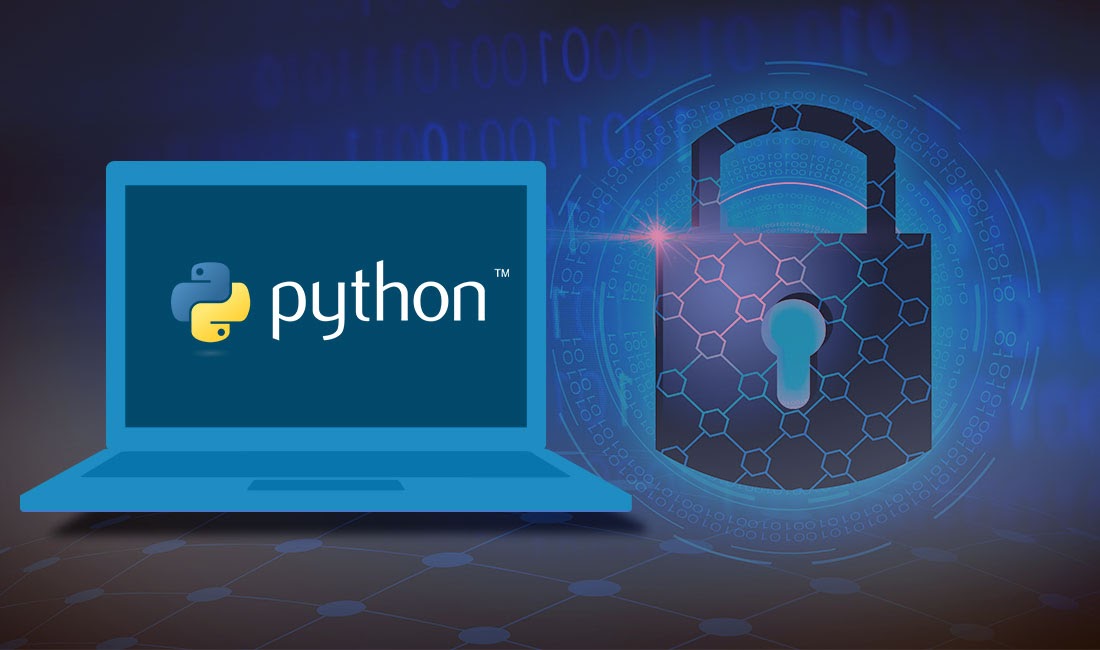 Cyber-attacks are now an international concern, as high-profile breaches have raised many serious problems. Without any doubt, programming is an integral part of cybersecurity, especially as you progress in the advanced levels of the field.

Python programming language has become the focus of cybersecurity professionals in recent years owing to the introduction of tons of AI-based libraries. Cyber ​​attackers use malicious code to alter computer data, resulting in disruptive consequences that can compromise the data and lead to cybercrime.

It can be prevented if you use the Python language. So, here in this article, we will discuss the top five benefits of Python and why it will be best to use Python for Cybersecurity. So, let’s get started! Python is a preferred choice among cybersecurity professionals because it lessens development effort and the coder’s learning curve. Several factors make them prefer Python as compared to other languages. Some of these are mentioned below:

Since Python uses minimal code, it becomes easier for the programmer to debug the error and reduce the risk of language complexity and issues. Python’s simple design and ease of use also increase its readability, making debugging code more straightforward and taking much less time to complete.

Python has a built-in debugger called PDB. It is a simple utility with a command-line interface that performs the primary function. It has all the debugger features you need. If you want to look it up, you can extend it using ipdb. The easiest way to use PDB is to call it in the code you’re working on.

2. Easy to Learn and Implement

Python is designed to be simpler and more comfortable learning a programming language than other languages such as C or Java. It is much easier to code in Python. Overall, it’s a user-friendly language that improves code readability, implementation, and syntax.

Python is designed as an open-source programming language, meaning anybody can contribute to improving it. Moreover, it has a large community working continuously to improve it. So, Python for cybersecurity works exceptionally well.

Python is available to developers at zero cost. This makes it the preferred choice among many web development companies worldwide. Also, the language is so simple to use that it increases its appeal to smaller teams.

Also Read: Node.js vs. Python: Which is Better?

With an object-oriented design, this language provides advanced process control capabilities to its users. The language also has secure integration and text processing capabilities and its unit testing framework, which, in turn, helps improve its speed and productivity.

Python allows experienced cyber professionals to implement their code hassle-free. Also, Python’s flexibility and ease of use are excellent benefits for cybersecurity.

So, programmers and users need to worry less about memory management, including caching, memory allocation, and partitioning.

The Usefulness of Python for CyberSecurity

Python has been at the forefront for many years. It is a general-purpose, server-side scripting language used for thousands of security projects. Everything from testing microchips to building video games with PyGame, Python is the most sought-after programming language for its power-packed capabilities.

Using Python’s base programming, developers can do any of the following without using any other third-party tools:

Most of the security tools and PoCs you can find are written in Python, and it’s easy to use. Let us now focus more intensely on why Python is so useful for the field of cybersecurity.

Socket programming is in-built with Python. The package socket is first imported, and programmers can call related methods for working with socket programming. Using Python for cybersecurity facilitates installation with an in-built IDLE GUI.

Nmap tool is for implementing network port scanning. However, it can be implemented without any third-party tool via Python socket programming.

In Kali Linux, diverse tools are available for digital forensics related to networks. Still, many of these implementations can be done using Python programming with only a few lines of instruction.

Here, we have mentioned a collection of simple Python scripts so that you can start with your security testing. If we execute this script, we’ll see which ports on the target machine are listening and potentially vulnerable to an exploit. We ran it against a popular IoT device, which we have attached to my local network, and received some interesting results.

If we execute this script, we will see which ports are listening on the target machine and are potentially vulnerable to exploitation.

The real-time location of an IP address can be extracted using Python and Google APIs using the pygeoip module.

First, import the GeoIP database from the URL: Geolite2 Database

Once the database is loaded and mapped with a Python installation, you can scan any IP address with global visibility and location. For example: In Python, you can interface many modules and extensions with WhatsApp, Twitter, Facebook, LinkedIn, and other platforms. So, lve & real-time data from social media platforms can be downloaded with ease using Python scripts.

Packet sniffing is essentially putting a wiretap on a system. You can use a tool like Wireshark or write a simple Python script (packetSniffer.py) to get similar results.

If you need to sniff traffic on your local network, you will need your NIC to use promiscuous mode, which may require additional permission.

Once you sniff out web packets from one device to another, you can create packets with the same headers and use a script like packetInjection.py to put updated information in the packet.

Some examples using this approach include denial-of-service and man-in-the-middle attacks. You can manipulate the contents of packages at the edge of the network to prevent or adjust the flow of information. Python’s extensive library of modules is a significant factor. It is well known and widely used due to its vast library. Cybersecurity professionals do not need to reinforce the wheel with everyday tasks, and in most cases, you can find cybersecurity analysis or penetration testing tools quickly.

The ease with which programmers can use Python makes it possible to develop new applications as needed quickly and easily integrate previously used scripts and executables into new code.

Likewise, it can create or enhance modules in C, C ++, Java, or ASP DOT NET and has scripting capabilities that developers can embed in other applications. All of this makes it much easier to respond to cybersecurity threats and avoid significant exploits in the first place.

9. Python is Used for Developing Anything in CyberSecurity

With a strong understanding of Python, cybersecurity professionals can complete any task that requires them to use Python code. For example, Python is used for malware analysis, host discovery, sending and decoding packets, accessing servers, port scanning, and network scanning.

Python is so useful in scripting, automated tasks, data analysis, etc., which are some primary examples of leveraging its elegant simplicity. It also proves efficient in validating the security of your applications before proceeding with deployment.

We hope the blog has given you a fair idea about why Python for cybersecurity is an ideal option. Python is extremely useful in cybersecurity as it performs many functions, such as scanning and malware analysis.

So, keeping all the above perks of Python in mind, you can hire a python developer in India to secure your web application. They will ensure security and better website performance and help create a quick response to any cyber-attack.

Q1. Can I use Python to secure my web application?

Yes, you can use Python for securing almost anything. Python also has advanced security measures, making it a perfect fit for Cybersecurity.

Q2. What are the uses and applications of Python?

Python is used across various fields and technologies, and frameworks. It is widely used in Machine learning, Game Development, and Web Development.

Q3. Where can I hire a Python developer?

You can hire the best Python developers from PixelCrayons. The company has completed over 13800+ projects which is enough to tell how experienced and skilled the developers at PixelCrayons are.

Q4. Why is Python better for Cybersecurity?

Python is one of the most in-demand programming languages ​​for cybercity. Python is the most demanding language for its superior capabilities, from testing microchips on Intel to powering Instagram to building video games with PyGame.

Q5. What to do if there is any issue while developing a Python-based web app?

You can build analysis tools with Python, protect systems and web apps from vulnerabilities, and more. If you face any issue while developing a Python-based web app, you can always contact our customer support for any assistance. Feel free to email us anytime, and we will get back to you immediately.

1 thought on “Python For CyberSecurity: Why Is It Better In 2022? Python language has become the focus of cybersecurity professionals in recent years. Let’s talk about the specific benefits which makes Python for Cybersecurity so useful.”