I have recently read this quote by Michio Kaku, a famous American theoretical physicist while browsing how software development is different from other disciplines.

Nowadays, we all know that businesses try to double the headcount of software programmers to speed up delivery. However, while one can quickly scale production in other domains by growing headcount, the software is not generally the case.

So, what is the solution here?

You guessed it right- Automation!

Automation can help them handle the grunt work while releasing software developers to accomplish the high-impact work.

Did you know, the size of the worldwide industrial automation market touched around 175B U.S. dollars in 2020?

The market is predicted to rise at a CAGR of around decent percent until 2025. Yes, in 2025, the market size of the worldwide automation market should reach approximately 265 billion U.S. dollars. 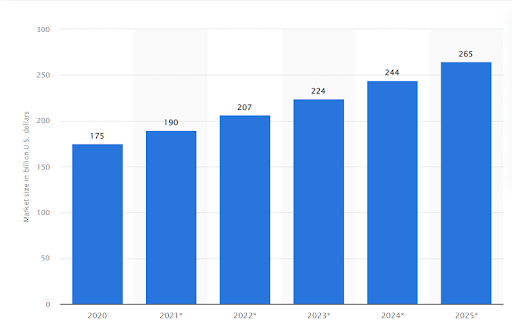 Thus, for many of you, it becomes quite imperative to know the importance of automation in software development. Today, I am here to enlighten you about the same. So, here we go!

Also Read: Top 12 Risks in Software Development and How to Mitigate Them?

7 Ways to Automate Your Software Development

No one wants to spend their time performing repetitive and tedious tasks. Still, it’s often necessary to make sure everything in the software development lifecycle goes smoothly from start to finish.

Fortunately, many tools are available that will automate much of the work you have to do during your daily coding sessions, saving you time and money as you progress toward your product or service launch.

Here are Seven Ways of Automation in Software Development:

Most of a programmer’s time is spent on mundane tasks such as testing, making updates, and troubleshooting. These automated tasks can allow programmers to focus on high-level design or strategic development issues.  And automation doesn’t stop with developers—there are many ways you can automate your QA process using software like Zephyr and robotic test automation tools like Robot Framework or Selenium WebDriver.

If you’re just getting started, one of your first tasks should be to set up a process that will enable your software development team (and future teams) to create new features and fix bugs at record speed. You can achieve that goal in two primary ways: QA automation and feature development automation.

The sooner a problem is found, even in an early stage of development and corrected for, the less costly it will be. With automation and software testing tools, you can track exactly how your application runs on different platforms and devices.

More importantly, you can catch problems before they get out to users through unit tests that run every time code is pushed up to source control. When done well, automated quality assurance systems provide more than just cost savings; there’s also immense value in having access to system data from app release to app release so that developers can monitor performance trends over time.

Using automation effectively means focusing on quality from beginning to end rather than rushing to meet deadlines by cutting corners with shoddy work.

Code reuse is an essential part of automation and will help eliminate a lot of duplicate work you’d otherwise have to do. If you are creating a new application, consider using existing code libraries or frameworks in your development process.

And if you already have code, go back through and see how you can make it more reusable. One great way to do so is by splitting large blocks of code into functions or modules—that way, they can be reused in other projects later on.

It’s one of those habits that software developers practiced from day one but is still often underutilized by many engineers. So stop building from scratch every time; look for ways to make upon what has been created before.

Cost management is essential to your success when you’re a small startup. Each employee you add will mean more costs for office space, furniture, and utilities. Your development team doesn’t need to grow linearly with new features or projects with software automation.

A well-designed automated system can scale without adding headcount. This can help your business reach profitability sooner than would otherwise be possible.

Automation is not all about speed; it’s also about time. Some developers love automated testing; as they don’t have to write tests themselves, others can focus on more critical tasks and understand the codebase better.

Think of it as an investment in your team’s happiness and productivity. You can choose from many tools when automating your software development process. The right tool depends on what you need to test, but as a rule of thumb: Plan for upfront investment while realizing long-term benefits.

Before starting, it’s vital to understand that there are several automated tests: unit tests, integration tests, and system/acceptance tests. The first test is a basic tester that helps ensure you have correctly coded a particular part of your application; they’re smaller in scope and ideal for testing one specific function.

On the other hand, integration tests test larger units of code (or small applications) by checking how they interact; these usually require more time and effort to write but will help catch any bugs earlier in development.

And finally, there are system/acceptance tests—the kind that genuinely helps get your product ready for market—which make sure customers can use your software successfully by simulating real-world scenarios.

Regardless of why developers go away, projects must continue without issue while they’re gone. To keep everything moving forward while away, take advantage of automation tools and software development tools that can make specific tasks a snap.

Here are seven ways to automate some of your routine tasks to help ensure projects stay on track even when your team is not at their computers. This is particularly useful if you ever find yourself dealing with an emergency where multiple people will be out simultaneously.

What Software Development Steps Can We Automate? 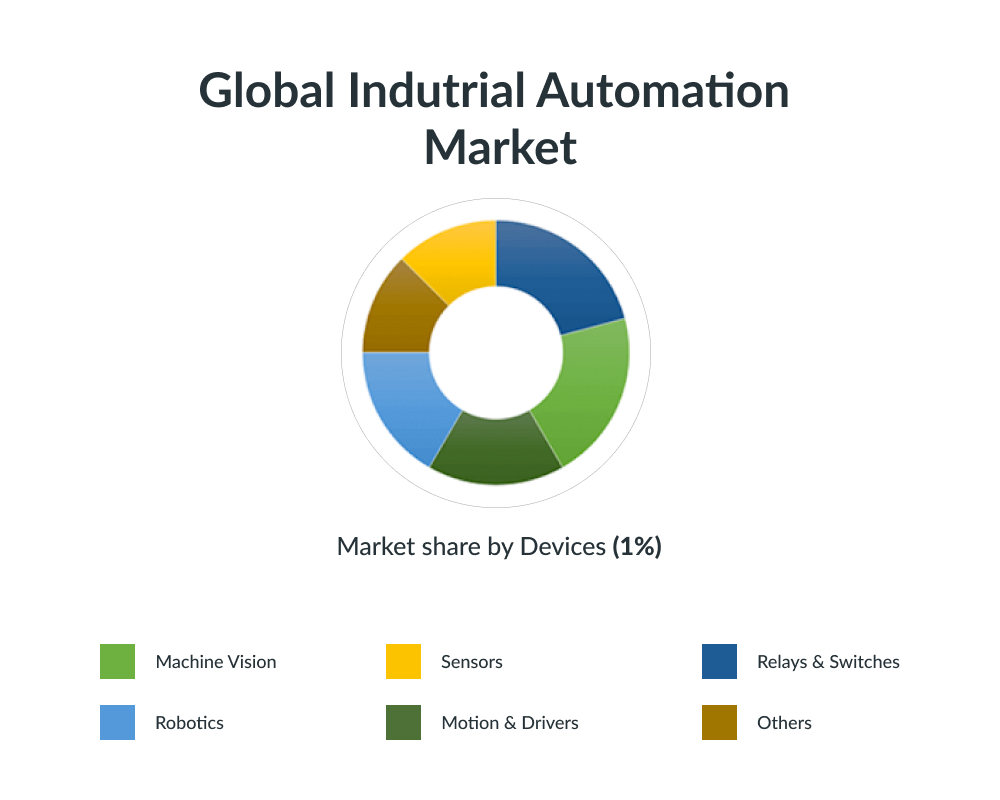 It is possible to automate the coding process through code generation, code templates, and tools like Eclipse (Java IDE). The Eclipse community has made available many plug-ins for generating boilerplate code. In addition, several open-source platforms can cause various types of code on demand.

The process of unit testing can be automated using tools like Taurus (automated test framework for Python) and Junit (automated Java unit testing). It is also possible to use an open-source testing automation platform like AutoIt to automate the process of writing, running, and debugging tests.

Deployment can be automated using various tools. Some of these tools include Fabric (Python-based deployment tool), Packer (tool for creating identical machine images for multiple platforms from a single source configuration), and Docker (platform for building, shipping, and running distributed applications).

Maintaining an application can be automated using various tools and frameworks. For example, the Puppet (configuration management tool) allows users to define their systems’ state and then automatically apply the changes to any number of systems. In addition, various open-source tools can be used for code analysis and quality control.

It is possible to automate the process of testing using various tools and frameworks. For example, Ranorex (automated functional GUI testing tool) and Selenium WebDriver allow users to test UI functionality across many browsers.

Why Automate Software Development at All? 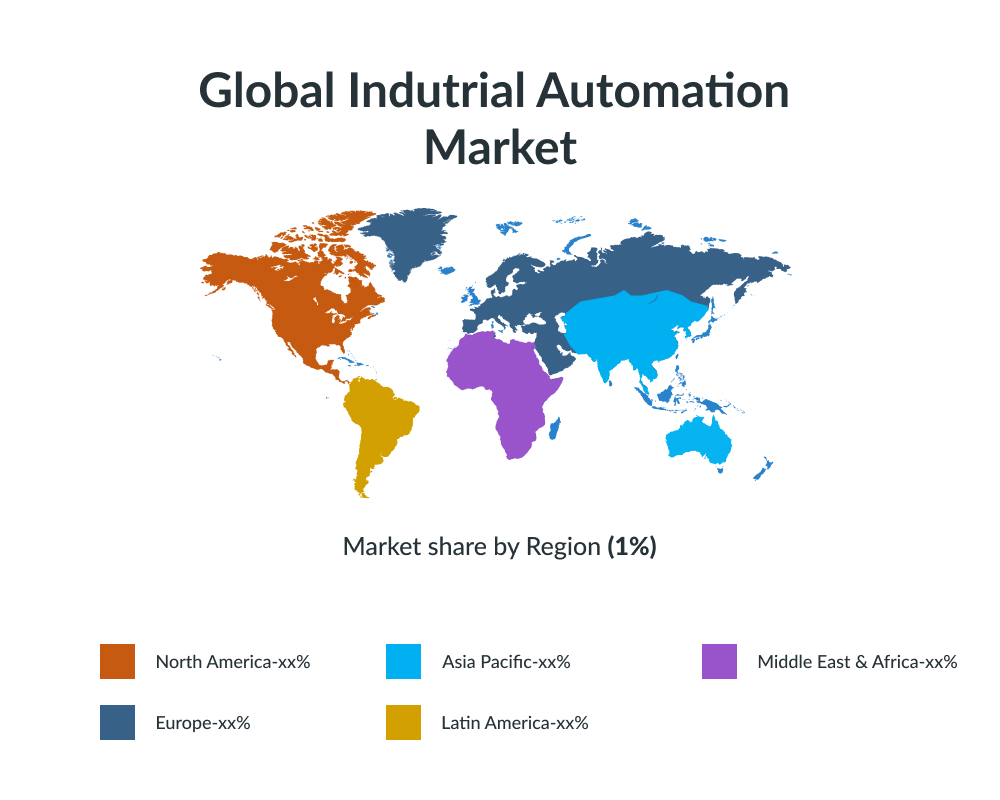 There are various reasons why automation in software development is beneficial. Some of the key benefits include:

Automation of routine tasks enables organizations to reduce the cost of developing, testing, and deploying their applications. This is because the automation process helps to improve accuracy, consistency, and speed.

Automating tasks enables developers to collaborate better. For example, when an automated test fails, the developer can notify the original author of the code in question.

Working with automation tools can reduce stress levels among software developers by freeing them from performing routine tasks. This can give your business a higher chance to grow swiftly.

Automated task management systems allow developers to focus on innovation and creativity rather than bogged down with mundane, repetitive activities.

Automated systems are more accessible to scale than manual systems as they can be adapted to meet the requirements of additional users or machines with little effort.

Are There Any Risks?

Automation is good, so long as you know exactly where to put the machine-Eliyahu Goldratt.

While there are many benefits to automating software development, a few risks should be considered. Some of the key risks include:

If automation tools or systems fail, it can lead to decreased productivity and even missed deadlines.

The use of automation tools can increase complexity in the development process as developers need to learn how to use the tools and integrate them into their workflows.

Automated tasks can be error-prone if not implemented correctly. For example, an automated test suite that is not maintained correctly can lead to inaccurate test results.

Automated tasks can often lack the human touch that is sometimes needed in software development. For example, automated code reviews may not pick up on specific coding issues that a human reviewer would.

Automated systems are limited in their understanding of the development context and may not be able to account for all possible variables when making decisions.

The results of automated tasks can often be challenging to predict as they are based on a set of predefined rules and not human intuition or judgment.

Automated tasks can be resistant to change as they are typically based on a set of pre-determined rules.

Many different automation tools can be used in software development. Some of the most common ones include:

These systems allow developers to automate tasks, such as compiling code, running tests, and deploying applications.

These tools help developers test applications by automating the execution of tests.

These tools help developers monitor the performance of their applications in production.

What is the Future of Software Development Automation?

Ultimately, software automation aims to improve software development projects’ overall efficiency and effectiveness. With that said, it is up to project managers to ensure that automation initiatives are actually beneficial for their teams and organizations.

I suggest you hire a custom software development company in India to get the best benefit of automation. If you have any doubts or queries, you can mention them in the comment section below.

Q: What is Software Automation?

Ans – Software automation is the use of technology to automate tasks in the software development process. This can include compiling code, running tests, and deploying applications.

Q: What are the Benefits of automation in software development?

Ans: The benefits of software automation include improved quality, speed up time-to-market, and reduced costs.

Q: What are Some Standard Tools and Technologies for Software Automation?

Q: Can I Use Software Automation for Manual Tasks?

Ans: While the primary goal of software automation is to automate tasks, you can also use it for manual tasks. In fact, many businesses use a combination of manual and automated tasks in their software development processes.

Q: Can I Use Software Automation for Tasks Unrelated to the Software Development Process?

Q: What are Some of the Challenges in Software Development Automation?

Ans: The challenges associated with software automation include the need for skilled personnel, adequate testing, and proper integration into existing development processes.