Is Argo Blockchain a Good Investment? Here’s What You Need to Know

There’s a buzz around Argo Blockchain that’s getting significant returns, and it sounds too good to be true, so you’re not sure if you should invest in it or not. However, where does your trust in these people come from? And Argo Blockchain, what is it?

Find out everything you need to know about the risks and rewards of an investment in Argo Blockchain before you commit your money to it.

What is Argo Blockchain?

Blockchain technology possesses the potential to revolutionize the future of the world, and Agro Blockchain is committed one hundred percent to taking it forward sustainably. The company has highly energy-efficient mining operations strategically positioned across North America.

Arguably, one of the most important aspects of any business is its environmental impact. Argo Blockchain, a bitcoin mining company, is doing its part to help reduce its carbon footprint. The company has preferred renewable energy sources such as solar and hydropower.

Argo Blockchain is also working on making its mining operations more efficient so that less energy is required to run them. These eco-friendly initiatives make Argo Blockchain a good investment for those interested in supporting businesses working to reduce their environmental impact.

The company reduced its greenhouse gas emissions by becoming carbon neutral and supporting projects outside its group to make it more environmentally friendly. Therefore, it became the first publicly traded cryptocurrency miner to be climate positive from scope one, two, and greenhouse gas emissions from the value chain associated with its mining operations.

It proved a significant development in the company’s long-term climate strategy, covering not only existing energy efficiency initiatives but also upcoming ones. Among the initiatives are reducing e-waste, using waste heat in collaboration with local municipalities, and the appropriate industry support by maintaining sustainability standards. 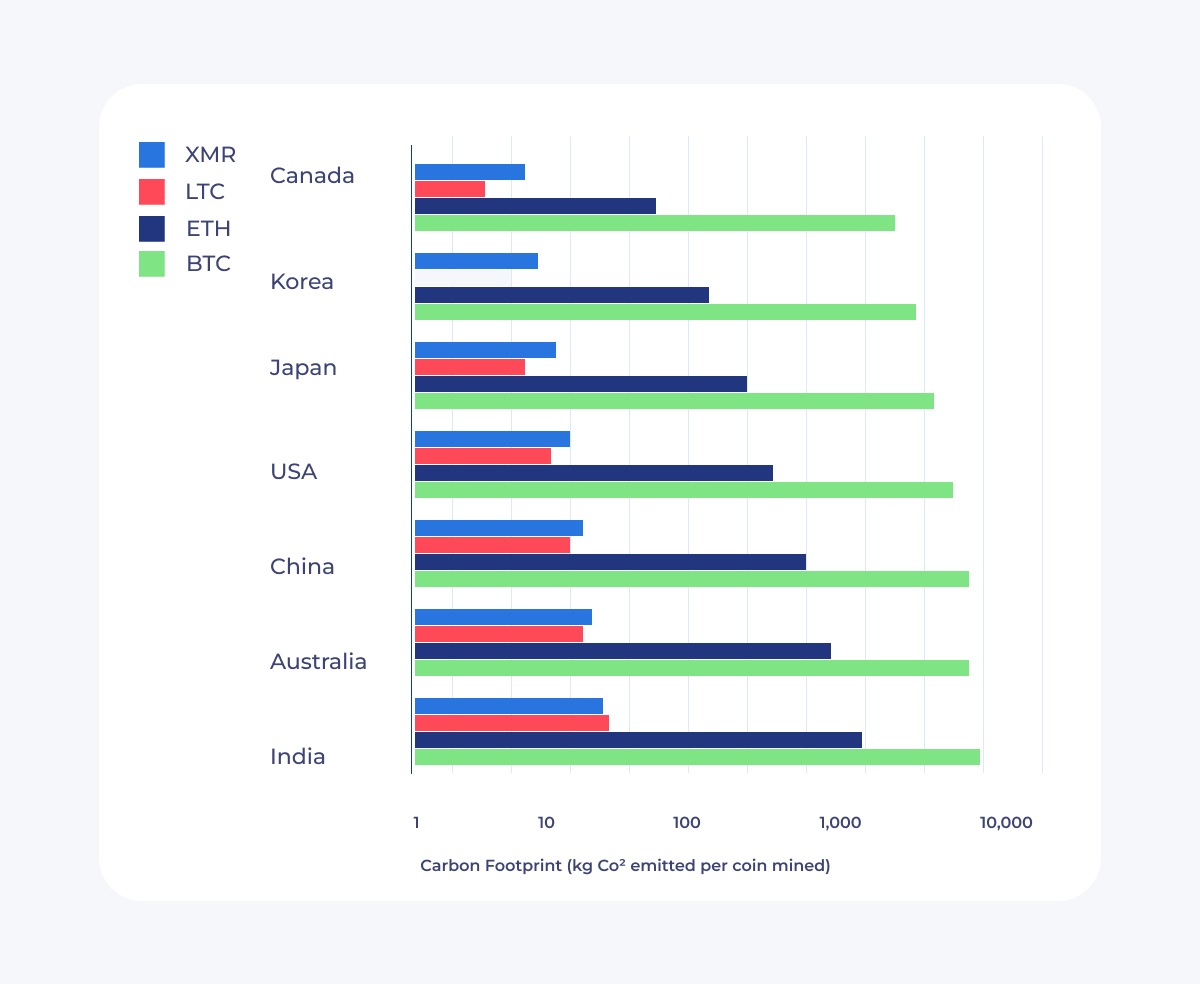 It is impossible to calculate precisely how much energy is used for Bitcoin and cryptocurrency mining. Still, an approximation can be made from the network’s hash rate and the power consumed by commercially-available mining rigs.

According to Cambridge Bitcoin Electricity Consumption Index, Bitcoin, the most popularly mined cryptocurrency network, used 85 Terawatt-hours (TWh) of electricity (0.38% of global electricity) and about 218 TWh of energy (0.13% of global energy production) during production.

However, unlike other Bitcoin mining operations, which consume large quantities of fossil fuels and produce carbon emissions, Argo Blockchain is creating environmentally responsible solutions. For example, Peter Wall, who is Argo’s chief executive, led a tour of the 126,000-square-foot construction site one morning this month; he invested in a row of wind turbines a few miles down the road,

As a crypto mining company, Argo blockchain provides short-term (daily) and long-term (annual) contracts for those looking to enter the industry. They offer one contract plan for those looking for short-term mining opportunities and two different methods for those who want to mine over a more extended period.

The average return rate is 1% daily, with an annual yield of about 12%. Withdrawals are only allowed once daily and take approximately 24 hours to process; this may be inconvenient for some investors.

A Detailed Look at the Crypto Mining Process 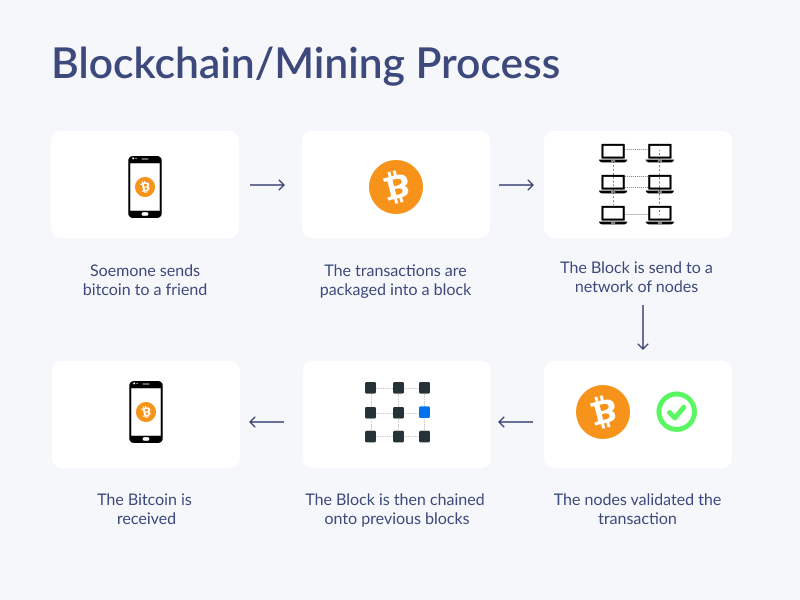 The cryptocurrency market is booming, and everyone wants in. One of the common ways to jump into crypto is mining? Crypto mining, like traditional mining, is still an emerging industry.

Currently, there are several different methods of digital currency mining—each with its upsides and downsides. The two major digital currency miners are hardware miners (designed for large-scale operations) and paper wallets (intended for home use).

The following steps are involved in a typical Crypto mining process:

For the blocks to be accepted, the crypto mining nodes on the blockchain must use a hash to verify that each block is genuine and unaltered.

What is Different with Crypto Mining at Argo Blockchain?

Argo Blockchain is a mining company that uses both traditional and cloud-based mining rigs. They offer a variety of plans, including both short-term and long-term, so that you can choose what best fits your needs. While Argo Blockchain has been around for less than two years, they have quickly become one of the largest mining companies in the world.

One example of how this company reduces emissions from operational activities is by using renewable energy sources such as solar panels on their property. Furthermore, they monitor how much power they use to ensure it doesn’t exceed 110% of the electrical grid’s capacity. In conclusion, Argo Blockchain seems a good investment because it’s profitable with competitive returns and good customer service reviews.

Argo Blockchain is a cryptocurrency mining company. It was established in 2017 and is headquartered in the United Kingdom. It operates two mining centers in Quebec, Canada. Argo’s main plans are Starter, Standard, and Pro.

All plans offer lifetime contracts and have no maintenance fees. The company has been profitable since its inception and has paid over $10 million in dividends to shareholders since 2018. Overall, we believe Argo Blockchain is a decent investment for those looking to invest in cryptocurrency mining.

How to Create your Own Crypto Mining Company 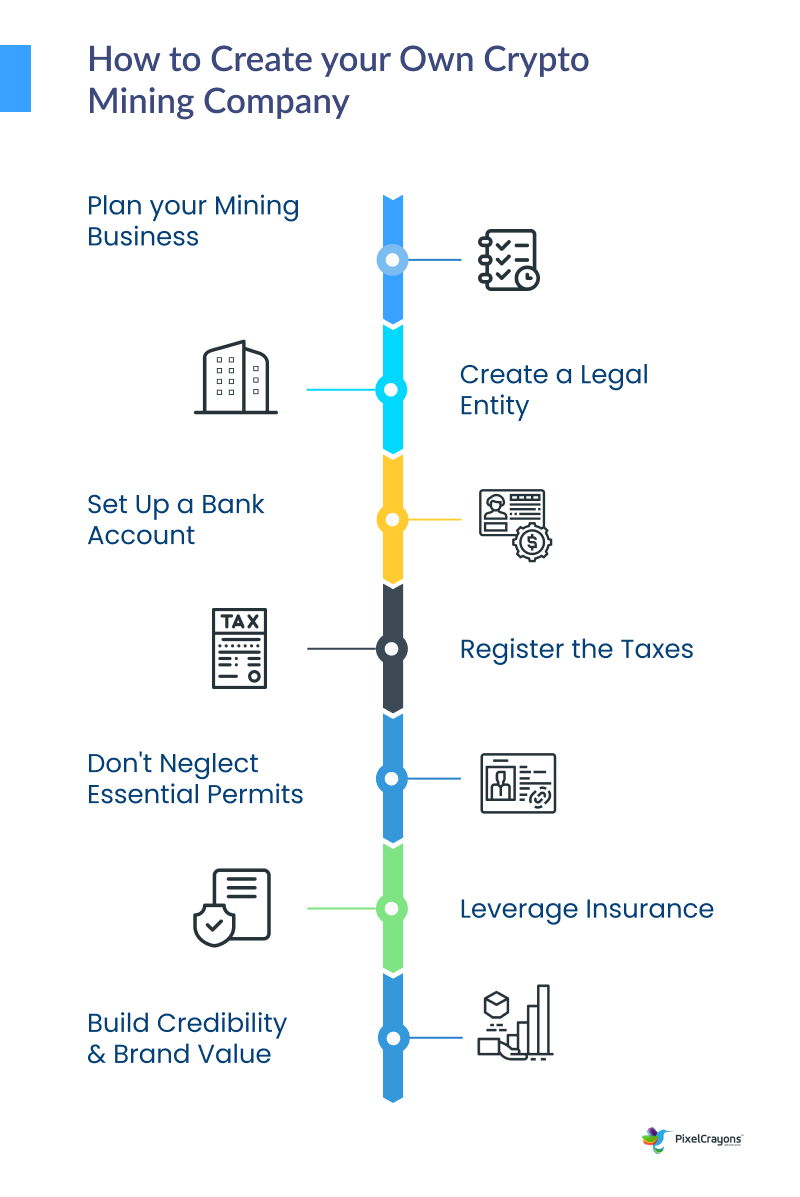 Outsourcing to Blockchain development companies in India proves cost-effective as they offer better rates. Having someone on your side with experience developing solutions for this new technology is always reliable. Risk management is the first rule when dealing with any venture; never invest what you can’t afford to lose, and always take calculated risks!

The steps to creating the crypto mining company involve the following:

As a businessman, you need a clear plan to map out the details of your business and identify some unknowns. The following are a few essential topics to consider:

Step-2: Transform the Bitcoin Mining Business into a Legal Entity

Having the correct legal entity set up before making any investments is vital. For example, if you choose to form a corporation, you’ll need articles of incorporation filed with the Secretary of State and bylaws detailing how your corporation operates.

Make sure you have access to sufficient funds to pay for all expenses related to running your bitcoin mining business until revenue starts coming in. Create a list of potential partners or employees and start networking now. You may not find what you need overnight, but if you start talking about this opportunity now, people who are interested later down the line may come forward!

In the United States, cryptocurrencies are classified as property. So, anytime you buy and sell a cryptocurrency, you complete a property transaction. And yes, this includes paying taxes. When you hold cryptocurrencies long-term, you should record each trade (buy and sell) and report the gain or loss to your income tax return every year.

Having your own crypto mining company is exciting, but obtaining all necessary licenses and permits is essential so you can operate safely. Depending on your state or nation, you may need to file for sales tax permits or work with your local planning commission. Remember that state and federal governments want to protect their citizens, which means they’ll want proof that you’re up-to-date on regulations. So make sure you have your ducks in a row before launching!

Step-6: Insurance is your Escape Out Plan

With the volatile nature of cryptocurrencies, there is always a chance that something could go wrong. Having your back covered is essential, and knowing that you can easily walk away if the deal doesn’t feel right or things are going south. There are several ways to ensure your bitcoin mining business, depending on what it entails and the likelihood of it happening.

It is crucial to building credibility and brand value from the beginning. Engage with your target audience. Ask for feedback, respond to comments, and provide updates for followers who want to hear more about the bitcoin mining business. It helps establish a trusting relationship.

Another way you can build credibility is through social media. Like any marketing campaign, you must post on the proper channels and use hashtags to get your content in front of a wider audience.

Once your bitcoin mining business runs smoothly, you can start enjoying profits while keeping an eye on overhead costs and other potential risks. Always check what your suppliers offer, keep an eye on costs, and ask for volume discounts where possible. Also, pay attention to seasonal changes in Bitcoin value; as demand increases, so will your earnings!

Answer: Argo Blockchain’s revenues are growing, and its EBIT margins increased by 46.9 percentage points to 58% over the past year. That’s fantastic news. Here are the earnings and revenue growth charts for the company over time.

Question: What does Argo Blockchain do?