Blockchain is the biggest opportunity set we can think of over the next decade or so – Bob Greifeld, Nasdaq Chief Executive.

Blockchain has many benefits, but do you know what makes it the need of the hour? Multiple participants manage its decentralized database, known as Distributed Ledger Technology (DLT). 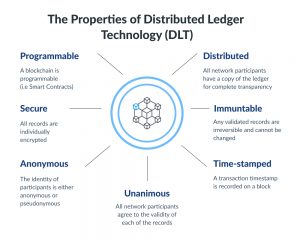 Any single entity does not control blockchain as it is a disruptive technology compared to traditional database systems. It avoids exploitation or suppression from any one party. You may be confused about adopting blockchain technology or avoiding it as a business owner.

To take you out of this dilemma, I am here to discuss some most prominent pros and cons of Blockchain. So, get ready to dive deep and discover some amazing Blockchain benefits along with some disadvantages.

Pros and Cons of Blockchain Technology

“Blockchain is the tech. Bitcoin is merely the first mainstream manifestation of its potential.”—Marc Kenigsberg, founder of Bitcoin Chaser.

Let’s look at the 10 most significant blockchain advantages today and why businesses and individuals are eager to adopt the technology. 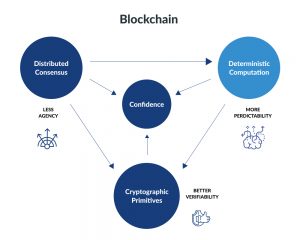 One of its biggest strengths is that you no longer need to trust a third party to make any transaction. People using blockchain worldwide are confident that no single party is manipulating transactions, viewing personal information or performing any other activity breaching their privacy and security.

That doesn’t mean blockchain-based applications are always secure—that depends on how good developers are at creating secure code—but it does mean there are opportunities for better security than conventional applications. With blockchain, you can feel more confident about your data and identity.

You only share what you want; companies cannot see your data without your permission. You can also feel more confident about getting paid for providing services. With blockchain, payment is instant; there’s no need to wait days for money orders or checks to clear.

Blockchain reduces overhead costs as it has no centralized authority or servers to maintain operations.  There are no payment processing or banking fees as it opts for peer-to-peer transactions without third-party approval. It embeds documents, agreements, or transactions within the system.

3) No Single Point of Failure

With blockchain technology, there’s no single point of failure. If a hacker were to gain access to your business’s server or database, they could very easily wipe out your entire network—all at once.

Blockchain technology is not centralized; instead, it is in distributed form. It saves your data if the network goes down as hackers cannot break into the central grid and affect any connected account.

You can create passwords up to 100 characters long, making it impossible for hackers to guess or decode. It gives better security than regular networks with the option of up to 8-character long passwords (including letters and numbers) 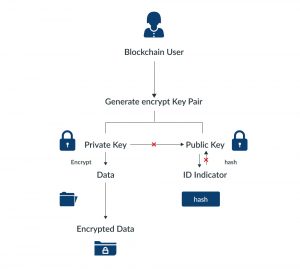 Being distributed across a global network of computers and protected by cryptography, blockchain technology is inherently more secure than centralized systems.

As the Economist reports, it is tough to tamper with records once they are in there. Any attempt to alter one’s record will reflect immediately because copies and digital signatures are checked against each other automatically.

It has an added layer of confidentiality that secures your data from hackers. Transactions are impossible to trace or link back to an individual user. The user can select their names and e-mail addresses during transactions. You get the option to complete your transactions while remaining anonymous.

So, you can use blockchain-based services without worrying about advertisers tracking your activity or identity thieves accessing sensitive information such as credit card numbers.

Blockchain is capable of processing much faster transactions than any traditional bank. As a result, businesses that use blockchain instead of banks can save a considerable amount on fees.

Deloitte has predicted that blockchain technology could save companies up to billions in the form of banking fees. Blockchain’s decentralized structure doesn’t require massive data centers and expensive third-party verification. It also limits the number of people involved in monitoring the transactions. 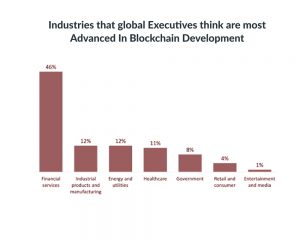 Blockchain technology has some fantastic attributes that make it ideal for financial institutions to reduce forgery. It records every activity, making it impossible for anyone to make duplicate transactions.

Each block stores the financial information, and if any modification is made to a previous block, other nodes on the network rejected it.

Once your bank confirms your transaction, they can’t deny receiving the funds. On top of that, you could see that fraudulent activity happened when another node changed transactions.

Before going to my next point, I want to give crucial advice to companies who wish to deploy Blockchain within their organization. What is that? Since the technology is not so old and needs expertise, always hire a trusted Blockchain development company in India.

The transactions in the blockchain are recorded in a public ledger that anyone can view. All can see the amount stored in the wallet but cannot identify its owner.

A wallet could be tied to an individual or group. Still, if users want to remain anonymous, they must transfer their Bitcoins to another address (e.g., a different Bitcoin wallet) that isn’t linked with their real identity.

But even without anonymity features enabled, blockchain tech provides more transparency than traditional payment methods like credit cards and checks; you don’t need a bank intermediary (or permission from one) to see what or whom you paid or received money from.

Also Read: 13 Questions To Ask Before You Hire a Software Development Team

A blockchain allows anyone with a computer and an internet connection to be part of its network. It is decentralized, meaning any single entity can’t control it—and everyone has equal access to it.

Anyone can make changes (add information) or add new blocks (to store data) to a blockchain, provided they know how to do so. Even non-tech individuals have the same access to blockchains! This openness makes blockchains much more accessible than traditional institutions like banks and financial services.

That doesn’t mean you shouldn’t be wary when dealing with blockchain providers: you should always research your choices before making any significant financial decisions.

Bitcoin transactions are verified by network nodes through cryptography and recorded in a publicly distributed ledger called a blockchain. This ensures safety by eliminating direct access to your money.

That’s why some say bitcoin is fungible—its value is equal even if its physical form changes. In other words, bitcoins derive their worth from mathematics alone, unlike fiat currencies like U.S. dollars or euros, which get their value from an organization’s financial standing.

It may sound silly to think that an individual bitcoin is identical to any other bitcoin, but it’s true; every single bitcoin carries all its transactional histories within that particular blockchain framework.

Once you own a bitcoin, it’s yours forever; there’s no threat of anyone ever taking that away from you. And once again: since there’s so much debate surrounding how many bitcoins will be released over time, there is only one way to find out by buying them!

Blockchain offers seamless integration of their current financial systems into the outside networks.  It can be done in two ways: Blockchain as a Service (BaaS) and blockchain application platforms.

BaaS offers organizations a secure connection to blockchain networks using cloud services, while blockchain application platforms allow anyone – even those without cloud services – to use blockchain technology. The integration process is much more seamless than other means of blockchain access.

Blockchain as a Service allows businesses to connect directly with blockchain networks, giving them immediate access to these decentralized ledgers. It doesn’t force you to use one blockchain or another and gives you a higher level of control than some other methods.

Additionally, BaaS is typically quicker and easier to set up than other services, making it ideal for organizations that may need blockchains immediately, such as supply chain management applications.

Blockchain is capable of handling fewer transactions per second. It causes delays in finalizing the massive volume of transactions resulting in poor scalability. However, several methods have been proposed to overcome this shortcoming, but none has been implemented till now.

Blockchain is publicly accessible as a distributed ledger. It may attract any unknown visitor monitoring your wallet. Though there are several provisions to add privacy and encryption layers to enable your preferred privacy, all are not commonplace yet.

Moreover, much of your data is linked directly to your digital identity, so it could potentially expose parts of your private life that you wouldn’t necessarily want online. Security concerns often lead people to trust third-party solutions (like exchanges) over direct blockchain transactions, relinquishing control over personal assets.

One of the biggest problems with blockchain technology is that it requires enormous energy. Because miners have to solve complicated math problems to get a payout, they need powerful rigs that consume tons of electricity.

As a result, some blockchains are incredibly costly to run, especially for smaller businesses or individuals. You cannot make changes later; if you want your blockchain online, you must pay for it up front!

There is a lot of hype surrounding these industries trying to use blockchain. It leads to unnecessary competition between businesses as they opt for this technology and waste their time, money, and efforts even when it is useless for their business. Companies will have no alternative but to invest heavily to keep up with their competitors.

The other significant con to blockchain technology is its speed. Unlike a centralized database, blockchains require miners—or people with high-end computers and dedicated software that solve computational puzzles in exchange for new crypto tokens.

In simple terms, blockchain transactions take longer than traditional payment methods like cash or credit cards. This can be discouraging if you’re interested in using blockchain technology as a daily payment method.

These were the major pros and cons of Blockchain technology. It is a revolutionary way of storing and transferring data. While it has its share of cons, it is possible to rectify most of them with the right planning and execution. The current state of blockchain technology makes it the best fit for businesses that want to take advantage of its distributed ledger features. However, the technology is not simple as it seems to be. Hence, I would recommend hiring Blockchain developers with experience and the right skills. Otherwise, your business may suffer.

Have any further queries? Mention them in the comment section below!

Question 1: How Long Does It Take to Create a Blockchain?

The time varies depending on several factors, but the most important factor is whether you want proof of work (POW) or proof of stake (POS). With POW, there are proof-of-work algorithms that must be computed. With POS, the creator of the next block is chosen through a lottery system, depending on the size of their holdings.

Question 2: How Much Does It Cost to Create a Blockchain?

It depends on which blockchain you want to create. For Bitcoin, the estimated cost is around $26 million. For Ethereum, it would be less than $2 million.

Question 3: What are Some of the Pros and Cons of Blockchain Technology?

Question 4: What are Some Examples of Companies that Use Blockchain?

Several industries, such as banking, real estate, financial services, insurance, healthcare, retail, and more use Blockchain. It can be implemented at the enterprise level or the consumer level.

Question 5: What is the Difference Between a Blockchain and a Distributed Ledger?

Question 6: How Do I Get Started with Blockchain?

To get started with blockchain, you must first understand the basics of cryptocurrencies and how they work. After that, you can explore various platforms and software that allow you to create your blockchain. You can also find helpful resources online to get you started.

One thought on “Pros and Cons of Blockchain Technology: Your Complete Go-to Guide”