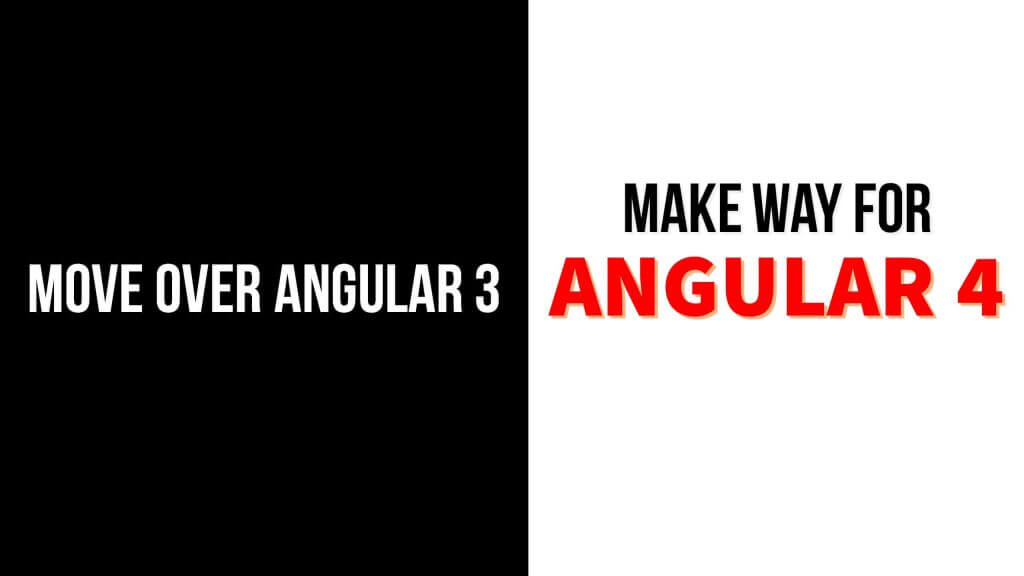 Angularjs version 4.0.0 – invisible-makeover – is now available. This release is backwards compatible with 2.x.x for most applications.

Some notable features of this version include: template binding syntax improvements, TypeScript 2.1 and 2.2 compatibility, and source maps for temples.

Going forward, developers can expect patch updates and ongoing work on version 4.1. The team is still creating a roadmap for the next six months. According to its release schedule, version 5.0 is expected in the fall of 2017 with version 6.0 being released March of 2018.

Here are some changes in Angular 4 that make it popular:

Here is the complete storyline:

Angular 4 Beta 5 version is released. Check out the new changes from here

The beta phase officially began in mid-December 2016 and has rapidly gone through six beta versions (beta.5 was released on January 25)

In November 2016, Google surprised everyone when it detailed plans for Angular 3 to be released a short six months after Angular 2’s arrival. Now it turns out there will be “No Angular 3“ release after all. Instead, “Google will go right to version 4“ of its popular JavaScript framework in March 2017.Angular 4 features and release date

Google’s Igor Minar said at the recent NG-BE 2016 Angular conference in Belgium that Google will jump from version 2 to version 4 so that the number of the upgrade correlates with the Angular version 4 router planned for usage with the release.

Minar, in fact, laid out a road map that has eight beta releases of Angular 4 coming out between December and February, followed by two release candidates in February and the general release on March 1. But Minar cautioned against getting too hung up on numbers and advised that the framework simply is called “Angular” anyway. “Let’s not call it Angular JS development services, let’s not call it Angular 2,” he said, “because as we are releasing more and more of these versions, it’s going to be super-confusing for everybody.”

Stay Informed- Here is everything you need to know about Angular 2.0

The fact that breaking changes will arrive, doesn’t mean they will arrive every other week. The Angular team committed to time-based releases that occur in three cycles: 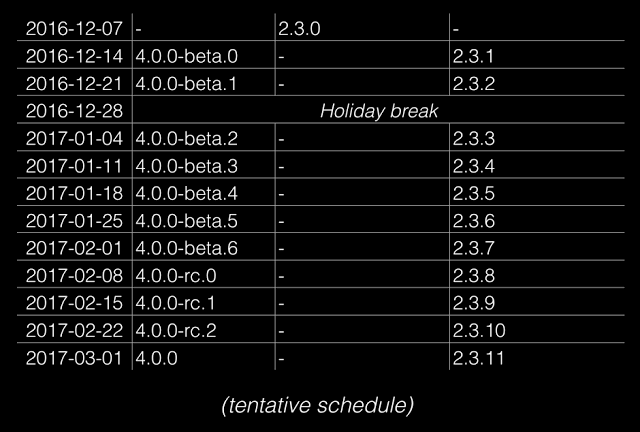 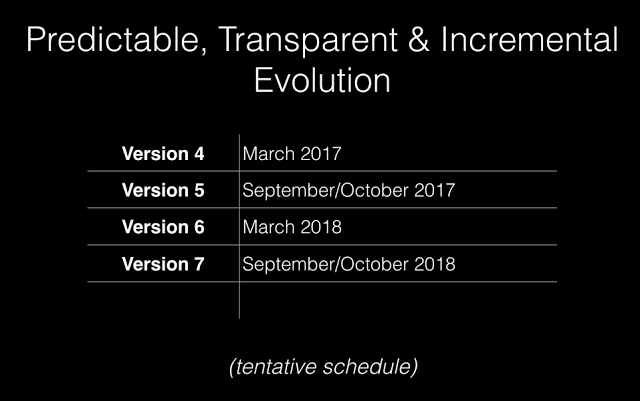 Google’s goals for Angular 4 are to be as backward-compatible with Angular 2 as possible and to improve compiler error messages. In November, Google talked about the next version of Angular, then known as version 3, emphasizing improvements in tooling as well as reduced code generation.

Angular’s upgrade plan also includes moving to TypeScript 2.1 as a baseline, away from TypeScript 1.8. While this means there are breaking changes, Minar was reassuring. “It’s not going to be a big deal.

We did these migrations across the whole Google and it was quite trivial, but it does require [some interventions].” Angular 2 was rewritten in TypeScript, Microsoft’s typed superset of JavaScript.

Earlier this month, Google earlier this month released Angular 2.3, a minor upgrade featuring Angular Language Service, which is designed to integrate with IDEs and provide type completion and error-checking with Angular Templates.

Video: See the announcement yourself

6 thoughts on “Angular 4 is Launched!”