It’s true that people believe in visuals and prefers content with images & video over plain text. Video content is one of the most powerful drivers of engagement and conversions. Features & Cost of Video Creation and Sharing Apps

The pandemic has almost shifted individuals of every age group confined to the four walls of their room. No one wants to step out of their busy schedule to watch movies, however, apps like Netflix, Amazon Prime are already popular among the teens, and it is time that you come up with your app in the Playstore.

What could be the best example of a video creation app other than Youtube? The below stats by eMarketers show the increase in the number of Youtube viewers over the years. In these circumstances, if you are one of the entrepreneurs who want to dive into the video creation field, developing an app would be the primary need for it.

What Are The Must-have Features In A Video Creation and Sharing Application? 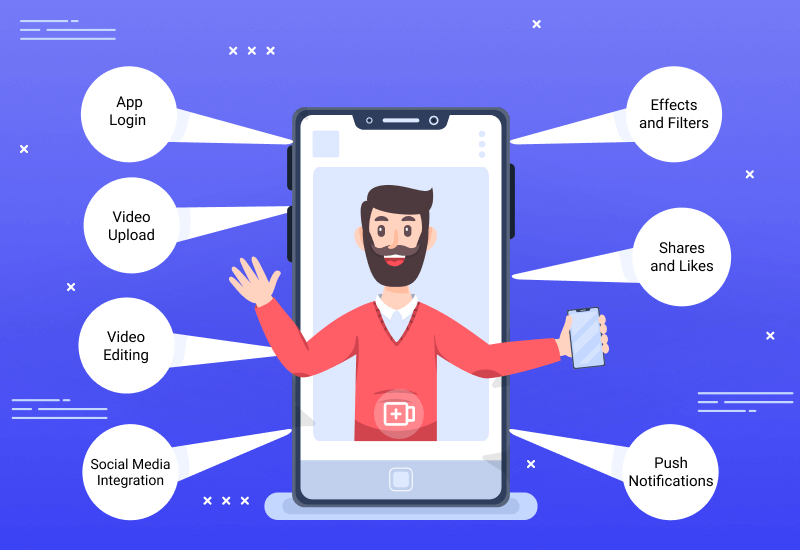 App developers must make the app login process of your Video creating and sharing application smooth and easy. Integrate multi-level authentication features into it so that will bring the trust factor into the mind of app users.

Multi-level authentication is required because hackers and malicious parties can use user’s data and images for any malicious reasons.

Allow your users to manage their applications the way they want. Integrate AI technology into it and give suggestions to the users on the basis of the content they have watched previously.

It would be a revenue-generating idea for you as an entrepreneur if you compel your users to have a subscription to your channel.

Create an option to view the subscription details in your Video creation app and the users will upgrade to it if they wish to do so.

All, this is only possible if you hit the target audience and keep the users engaged and interested.

The process of uploading the video onto the application should be easy and less time-consuming. Aside from this, the customers look for an easier user experience where they can easily edit and share within the network.

Tik-Tok has been banned in many countries worldwide, but there are many other apps similar to Tik-Tok that allow its users to access the devices’ camera and microphone.

You should get in touch with a mobile app development company in India & ask them to develop an app similar to this, that comes integrated with the feature of capturing the video from within the app. This will help the users to record the video in real-time.

You are creating a video sharing app so it must come with the functionality of video editing as well. The end-users should be able to put text, alter lighting, add music, change the background, orientation, etc. that too within the application.

The application should allow users to share live TV videos on aunty platforms which in turn will enhance the user experience and come up with rich content.

Integrate social media accounts into your Video creation and sharing application so that it becomes easier for the users to directly share the videos with their loved ones or social media followers. Also, videos from Facebook, Vimeo, YouTube can be shared directly on to user’s video streaming app.

With this feature, they can also expand your network, the ability to share the content via social media channels intensifies the user experience and accelerates the onboarding experience.

Enhance the user experience by adding features similar to Tik-Tok. With these features, the user can add effects and other filters that will make their video stand out from the others.

What if your users can perform a duet with your video, creating an app. This feature became popular with the Tik-Tok app where more than one user can club video clips into a single video. Users can enact songs and movie dialogue within the application.

A user will always want his/her video creation app to generate revenues which are only possible if it involves some engagement. While developing the application, make sure to introduce the feedback factors like the like, share, and comment features into it.

Real-time analytics allows the owner of the channel or the application to view the engagement of their video that they had gathered from other users of the application.

Enable efficient push notification strategy into the video creation app that will make the users engaged with the application.

It will make the users respond to the videos in real-time and get instant notifications of the videos being uploaded.

What Are The Factors Which Affect The Cost Of Video Creation and Sharing Apps?

The thing is quite simple here. The number of features you add is directly proportional to the cost of your application. Initially, it would be a wise option to include only the core features in the app.

In further years, if the app becomes a success, then other features can be added to the later versions of the app.

Here, app design means both UI and UX. UI is the user interface with which the users will interact with your Video Creation app while UX is the user experience that must be seamless for the users to navigate.

The app design must be intuitive so that the users can enjoy being on the app, and further this will add traffic to your app.

The platform on which you want your app to be developed is one of the primary factors that determine the cost of your video streaming mobile app.

Still, Android is the most used platform that users prefer in comparison to iOS apps. With this, it becomes quite expensive to develop an app on Android as it involves a greater range of devices, resolutions, and configurations.

Before, you hire app developers for your video creation app, it will be a good idea if you take your eye on the hourly price of the developers. Hiring developers from the US, the UK will surely cost you more as compared to countries like India, Indonesia, etc. So, do your homework in advance and invest wisely.

How Much Does It Cost To Build A Video Creation and Sharing App?

The costs vary wildly according to your choice of method of mobile app development.

While custom app development for your video streaming mobile app might cost you thousands of dollars, developing your DIY platform is in your hands.

It depends on the four factors mentioned above in the blog. The MVP (Minimum Viable Product) cost can lie anywhere between the brackets of $70,000 to $100,000.

Apart from these four factors, if you want to generate revenue from your video, creating an app, incorporate technologies like AI and Blockchain into it. AI will deliver a personalized app experience to your users. 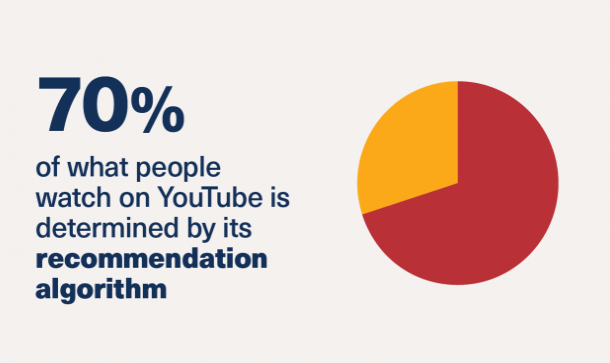 And, Blockchain will take care of the in-app purchase. But, yes, it may shed loads of money from your wallet. However, this requires hiring developers from the top Mobile app development company in India, where you will get developers with expertise in all the new and trending technologies.

In the very end, it is recommended to invest in video creation app development because a well-designed application will only help you earn billions and trillions. Keep your target audience in mind, and everything will be with the effort.

Aside from all this, the app cost entirely depends on the features you want to put into it. The more complex the app will be, the more will be the cost. All the mentioned figures for the development cost are rough and estimated.

It would be better if you hire mobile app developers in India to have a fair idea about the cost and other things in detail.