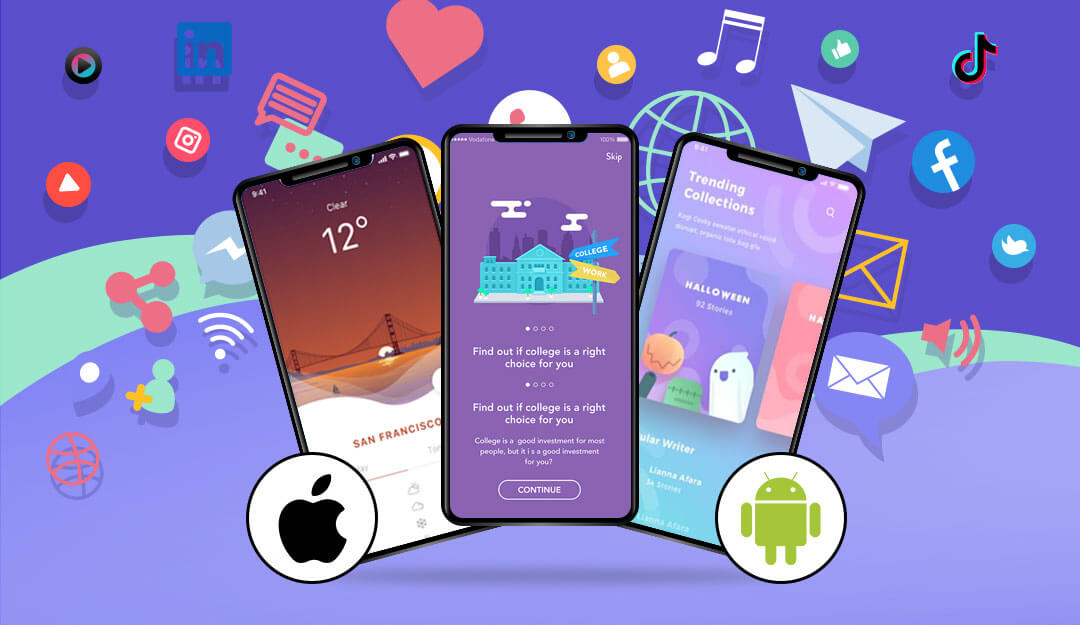 Are mobile app stats important? No one can deny the fact that smartphones and mobile applications have made their big place in society. In fact, they have become one of the inseparable parts of our lives. We are almost incomplete without mobile applications as these applications complete our day from day beginning until the end of the day.

Here, in this piece of article, we will have a look at some of the relevant mobile app stats on the basis of some parameters or fields in which mobile applications are growing with the passage of time.

Let’s’ have a look at some of the relevant stats given below: 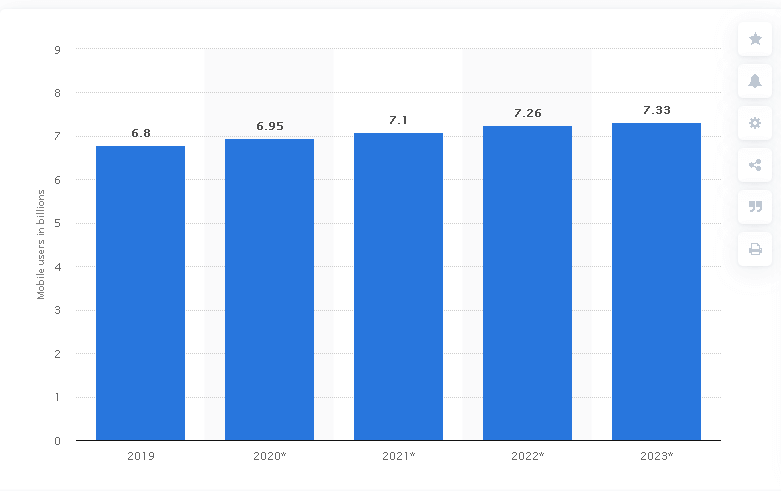 According to sensortower.com Social media has topped the charts with WhatsApp topping the list with 223 million new installs, followed by FB’s Messenger app, with 209 million installs as reported by SensorTower. 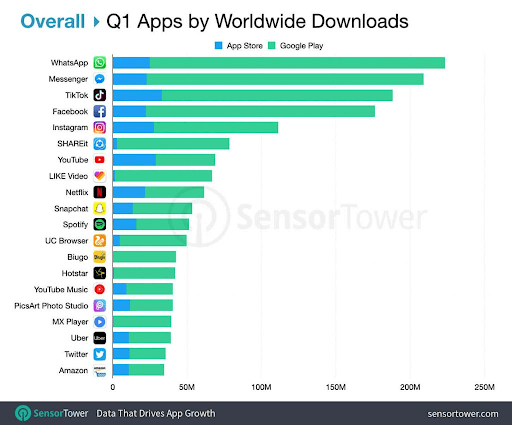 Research by buildfire, 2.8 million apps are available in the Google play store and 2.2 million apps in Apple App Store. Here we can see that the market share of android apps is much in comparison to iOs apps. So it could be considered that Google Play Store is more accessible because of Android’s market share. You can also take a look at it and realize that the Google Play Store could be a more competitive market for your app. Now, it’s up to you which of the competitive markets is best for your business. You can hire app developers & get an app developed of your choice. 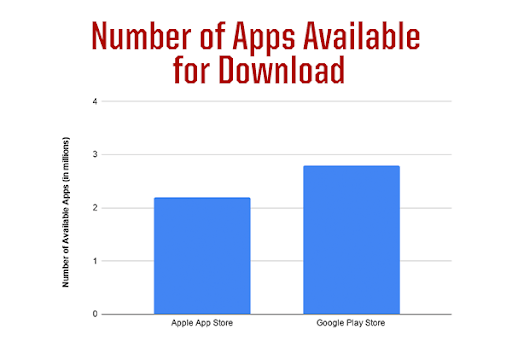 Global Mobile Advertising Spend Will Reach $240 billion by 2021. Well, this is one of the best ways through which you can settle your presence. Yes, with the help of Mobile Advertising you can do this. How? Well, do you know that there are any free apps that gain revenue by selling ad space? So use this opportunity to buy ad space in that popular free app and make your presence known to users. Have an app that’s free? This is your opportunity to sell ad space to gain revenues. 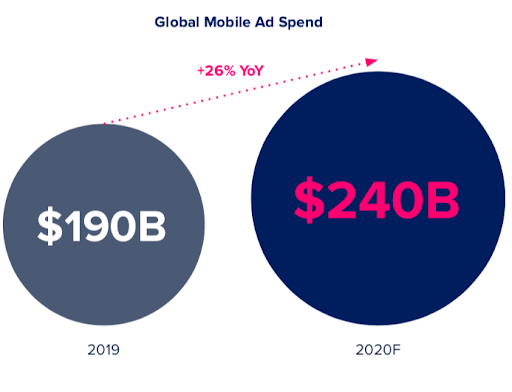 48% of daily internet access happens through Mobile Devices This is one of the biggest and obvious truths that people access the internet through mobile devices. Users aren’t going to wait until they have access to a laptop to do their research; they want immediate results. Keeping into consideration this fact, you are suggested to switch to a mobile app if you are looking for a successful business. 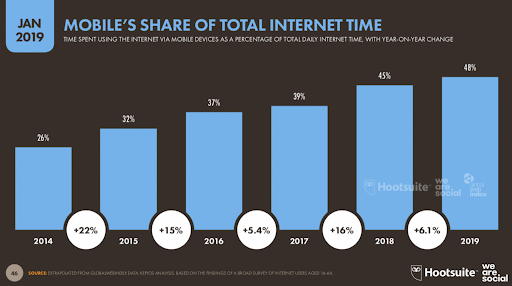 It’s mandatory to tell that Mobile app development services are now focusing on predictive analytics and artificial intelligence which will be used in future apps to offer better UX and UI. Let’s have a look at some of the reasons why users prefer mobile apps as per yellowfinddigital.

According to research, on mobile app stats,  59% of Smartphone Users Prefer Mobile Apps That Allow Them To Make a quick purchase. This is obvious that you will not like the shopping app which is slow in the process. Just to enter in that app is not ok. You need to have good processing as well. The reason for online shopping is that you want to make easy access and they don’t want to go outside for a shopping trip. If you feel that you are facing lots of issues to make a simple purchase,  you lose credibility and they’re likely to take their money elsewhere. Building user loyalty is a huge sign of success, so don’t give them a reason to disengage. 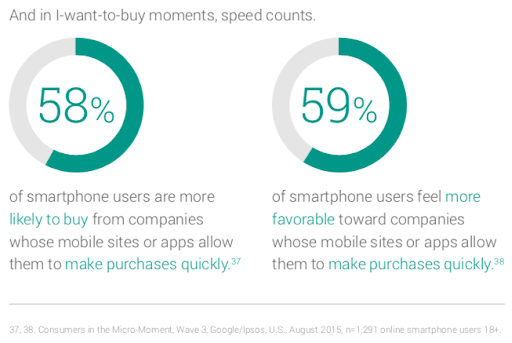 As per statcounter, In 2019, Android Owned About 75.5% of the Global Mobile in Comparison to Market Share and iOS Owned About 22.7% of the market

When you make a choice between the Android and the iOS, you need to know each and every aspect of that particular platform by checking the mobile app stats. And yes, it is true that   Android owns a majority of the market for smartphones, but that doesn’t mean taking the Android route will bring in more money for you. 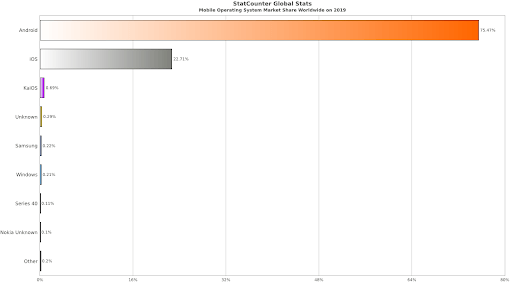 There are different features of both iOS and Android with each software update.  Users are happier when they receive consistent updates and updates without bugs or glitches. When you pick which platform(s) you’re going to develop on, it’s important to consider how software updates will affect your product and services as well. 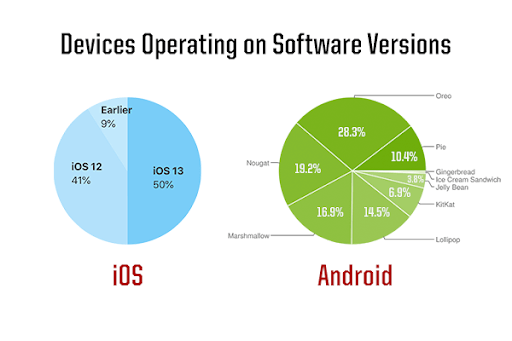 Free apps or paid one? Well, this all depends on your choice and priority like how you plan to bring in revenue but also how you’ll engage new users and keep them coming back. Keeping into consideration this need, you can make a choice. 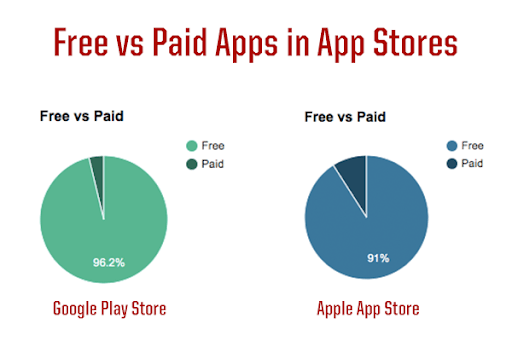 So these are some of the stats and facts related to mobile app development. By going through these stats, we can see that with the passage of time, the mobile app industry is going rapidly keeping into consideration the user’s needs and demands.

To sum up, it could be said that Android seems to be more famous in the market. If you are planning to start your business with an android, then you can contact a android app development company in India as here you can have a good and affordable service.

Good luck with your startup!